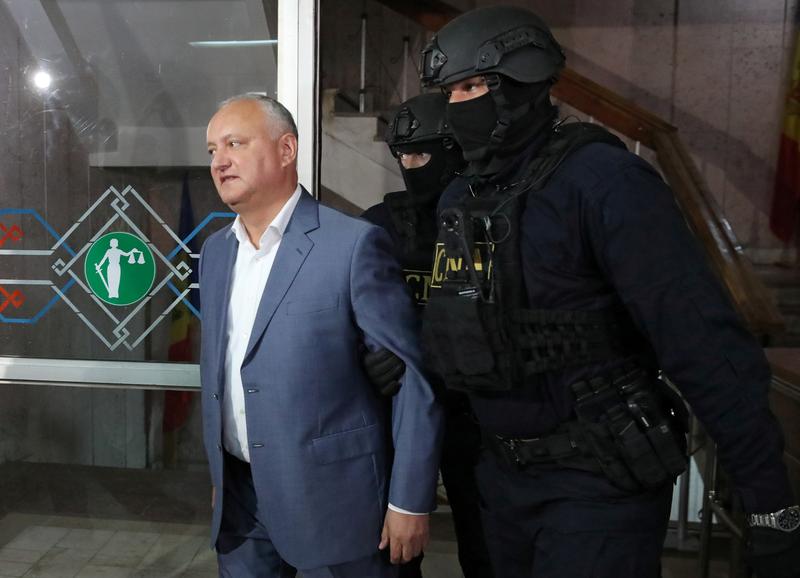 CHISINAU - Former Moldovan President Igor Dodon, who faces a series of criminal charges, was released from house arrest on Friday and vowed to take part in protests against the ex-Soviet state's current pro-Western leader.

"I intend to go into the different regions and villages to talk to people, just as I did before," Dodon, seen as being close to Moscow during his four years in power, told reporters after a court lifted a house arrest order.

Dodon was defeated in a landslide election two years ago by Maia Sandu, who enjoys political and financial support from the European Union and the United States.

But demonstrators denouncing high prices and uncertainty in gas supplies from Russia have been calling since September for the resignation of Sandu's government and new elections.

Russian giant Gazprom has suggested it may cut gas supplies to Moldova, sandwiched between Ukraine and EU member Romania, over a dispute in settling arrears.

Dodon, who had been under house arrest since May 26, denies any wrongdoing. He is barred from leaving Moldova for 60 days.