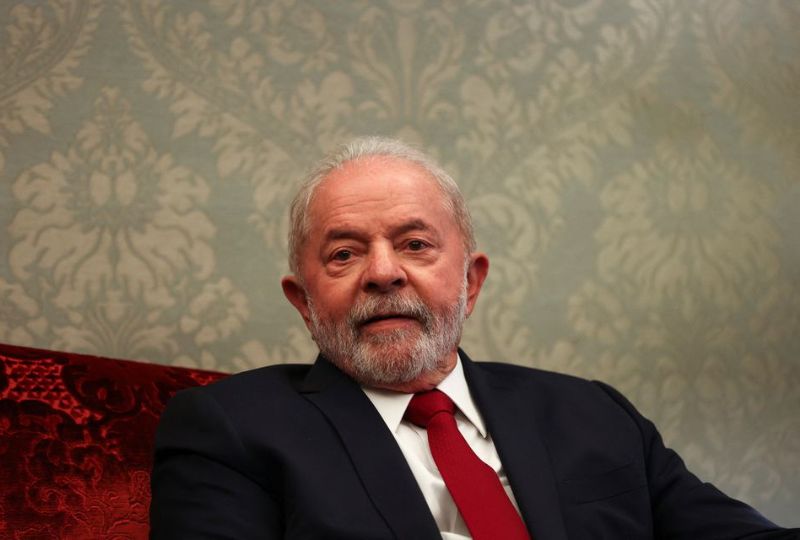 LISBON - Brazilian President-elect Luiz Inacio Lula da Silva said on Saturday that fiscal responsibility was crucial but that spending to improve the country's economy and welfare was equally important.

"We know we have to be fiscally responsible," Lula told a room full of supporters in Portugal's capital Lisbon. "We cannot spend more than we earn ... but we also know we can spend to do something profitable, to make the country grow, to improve (it)."

Brazilian markets slumped this week after Lula's incoming administration proposed exempting some 175 billion reais ($32.51 billion) from the spending cap on next year's budget to pay for welfare programmes.

Lula shrugged off market reaction to his proposals and again criticised the spending ceiling.

Leftist former Sao Paulo mayor Fernando Haddad, who has recently emerged as the front-runner to be finance minister, was also at the event in Lisbon.

"We are going to put Brazil at the prime of development and social justice," Haddad said. "We have an internal challenge in Brazil: to do more and better than we have already done on other occasions."

Lula said he would like to form a government with "more people from society, from other parties" and those free from party affiliations.

Leftist Lula defeated right-wing incumbent Jair Bolsonaro in a tight presidential runoff in October. In Lisbon, where he met government officials on Friday, Lula promised he would "recover the country".

Since last week, the president-elect has rattled financial markets with speeches in which he underscores the priority of social spending over fiscal responsibility.

Lula governed Brazil from 2003-2010 and his government's social programmes pulled millions of Brazilians from poverty. He spent time in jail on corruption charges that were later annulled, allowing him to run for office again.

Lula said that although his party defeated Bolsonaro in last month's presidential race, far-right ideology was still very much alive in Brazil.

"We defeated Bolsonaro," he said as supporters cheered in Lisbon. "(But) Bolsonarismo is still alive and we need to defeat it ... Let's defeat it, but not using the methods they used against us.

"We don't want persecution ... violence. We want a country that lives in peace."