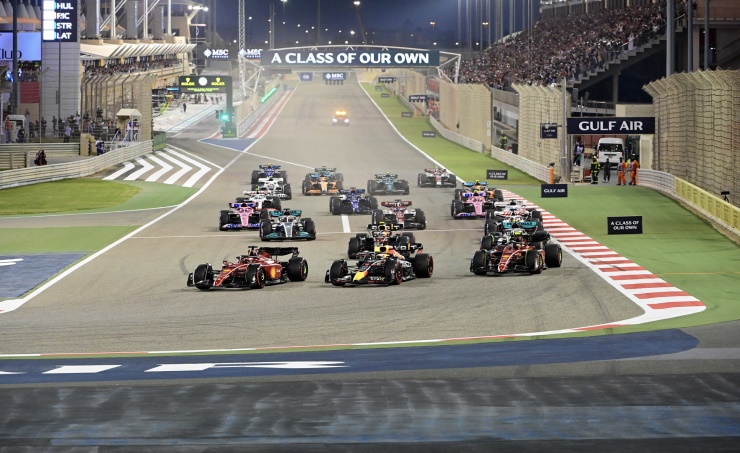 BAHRAIN International Circuit (BIC), “The Home of Motorsport in the Middle East”, yesterday announced the launch of ticket sales to the 2023 Formula 1 Gulf Air Bahrain Grand Prix with a limited time Early Bird discount of up to 20 per cent.

With 2022 yet again delivering record crowds at BIC and the sport experiencing unparalleled popularity around the world, tickets are expected to sell quickly, so fans are urged to make the most of the Early Bird and book now to get the best seats. The 20pc discount period is valid for a limited time only.

Bahrain has the honour of again opening the 2023 season, so fans in Bahrain will be the first to see the new cars, new driver line-ups and all the uncertainty and anticipation that the first race of a new season brings.

BIC’s Early Bird discount covers ticket prices to all grandstands. Those wishing to purchase tickets to the Main Grandstand can get a 20pc reduction, while tickets to all other grandstands including the Batelco, Turn 1 and Victory Grandstands can be bought with a 15pc discount. Tickets will not be available for the University Grandstand.

BIC chief executive Shaikh Salman bin Isa Al Khalifa said: “Following the record turnout, electric atmosphere and incredible racing of our 2022 Grand Prix, we are looking forward to yet another special and memorable F1 weekend next year, where once again we will have the honour of opening the new season.

“Based on the demand for this year’s race and the huge global interest in F1, I would urge fans to get booking quickly.”

Discounts are also available for children aged three to 12 at 50pc off, with reductions also available to students, those with additional needs and senior citizens. Details are available on bahraingp.com or call +973-17-450000.