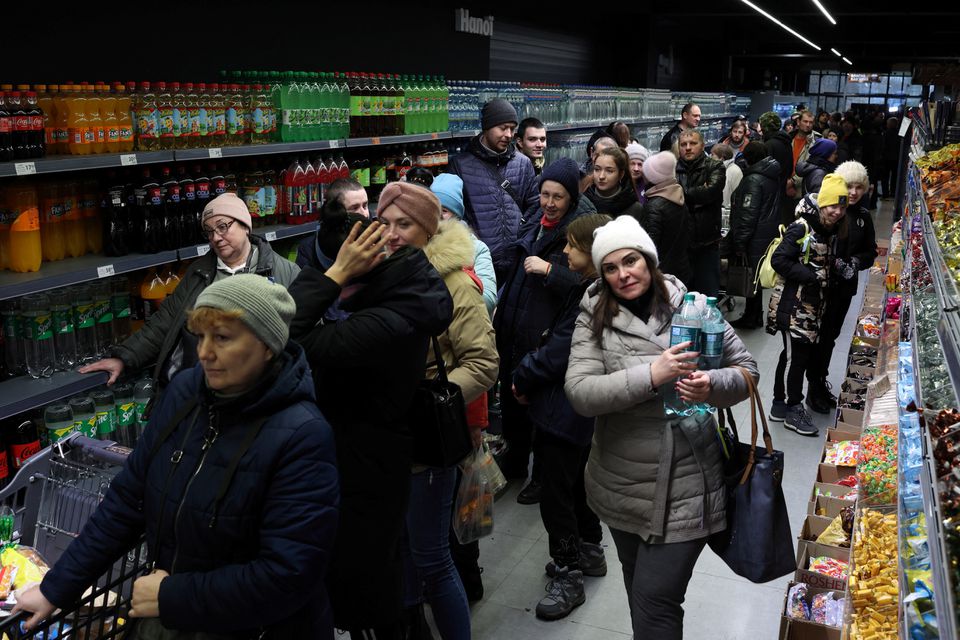 People shop at an ATB store which was the first reopened Ukrainian supermarket after Russia's military retreat from Kherson, Ukraine November 20, 2022. Reuters Photo

Hundreds of Kherson residents flocked on Sunday to buy groceries at the first Ukrainian supermarket to open since the city was retaken by pro-Kyiv forces earlier this month.

During the almost nine months of occupation, the Russian-installed government had brought in Russian-sourced products and introduced the ruble as currency.

"Out of principle, I didn't carry any rubles and never bought Russian goods," 49-year-old Nataliia Tsvihun said while standing in line outside the ATB store. "I want to buy something tasty."

Kherson remains without electricity, running water or heating, but residents found some relief in being able to purchase Ukrainian pickled gherkins, dumplings, horseradish and other favourites.

Artem Moiseienko, 27, was relieved to see sugar-free Coca Cola back on the shelves, which he said had been unavailable during the occupation.

"This is what I missed the most," he said.