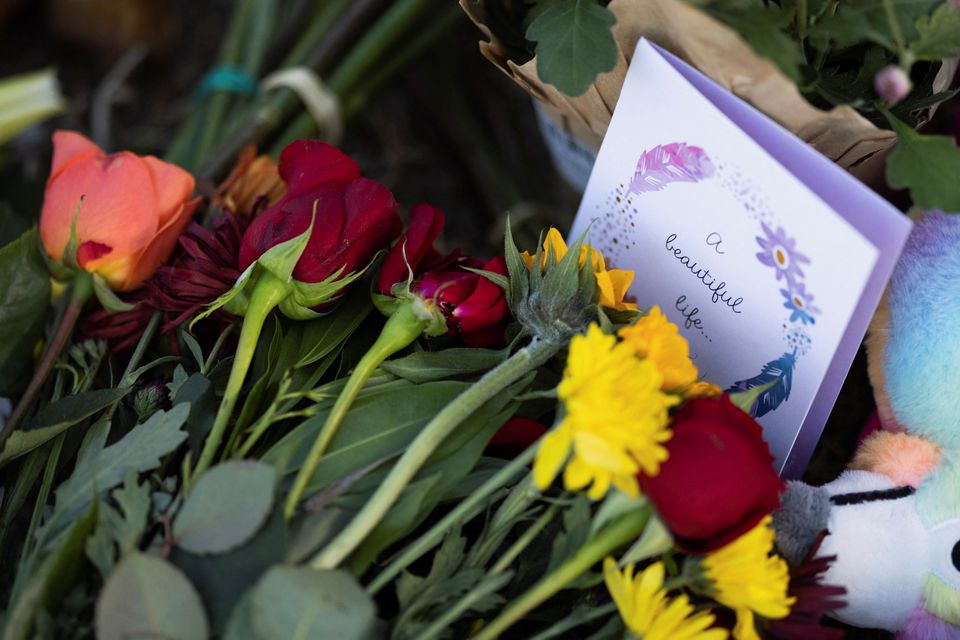 Flowers, stuffed animals, candles and cards are placed at a memorial for the victims of a mass shooting at nightclub Club Q in Colorado Springs, Colorado, US November 21, 2022. (Reuters Photo)

COLORADO SPRINGS - A decorated Iraq and Afghanistan veteran who had taken his family to support a drag show performer who was one of his daughter's friends said his US Army training took over when gunfire broke out at a Colorado club.

"It's the reflex," Rich Fierro told reporters gathered on the snow-covered front yard of his suburban Colorado Springs home Monday evening. "Go. Go to the fire. Stop the action. Stop the activity. Don't let no one get hurt."

Fierro described grabbing the suspect by the armor the gunman was wearing, dragging him down and using the shooter's pistol to beat him late Saturday after five people were killed and at least 17 wounded. The dead included the boyfriend of Fierro's daughter, identified by Colorado Springs police as Raymond Green Vance.

At an earlier news conference, Colorado Springs Mayor John Suthers had identified Fierro as one of "two heroes," along with Thomas James, who "saved a lot of lives" at Club Q in Colorado Springs.

Fierro said many others deserved credit, including a young man who had been dancing with his daughter and dragged her to safety when the shooting started, and a drag performer who kicked the gunman with her high heels as Fierro held him down.

Officials did not elaborate on the men's actions, and Fierro's comments provided details investigators have not spoken about. Fierro said he was detained for about an hour by police who found him with a pistol in his hand in the confused aftermath of the shooting.

He mourned his daughter's boyfriend, who he said he had known since his daughter was in high school.

The wounded included a couple, close friends of Fierro who have two young children.

Jess Fierro had said earlier that her husband's hands, knees and an ankle were injured in the struggle with the gunman.

Rich Fierro served 14 years in the military and was awarded the Bronze Star twice as he served as a field artillery officer during three tours of Iraq and a tour of Afghanistan, US Army records show.