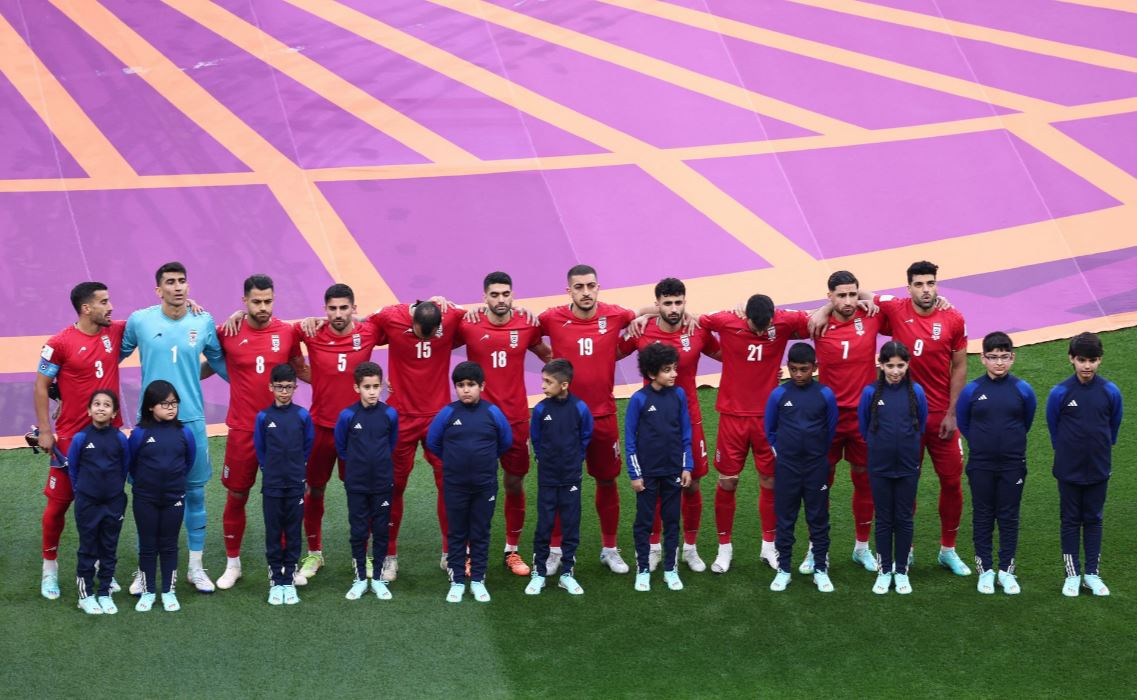 Iran players line up during the national anthems before the match against England. November 21, 2022. Reuters Photo

Iran’s World Cup team declined to sing their anthem before their opening World Cup match yesterday in a sign of support for mass protests back home after many fans accused the squad of siding with a violent state crackdown on the unrest.

Protests demanding the fall of the theocracy have gripped Iran since the death two months ago of young woman Mahsa Amini after her arrest for flouting the strict Islamic dress code.

The players were solemn and silent as the anthem was played before the match with England, where thousands of Iranian fans in the stands shouted as the music rang out. Some jeered and others made thumbs-down gestures.

Team Melli, as the Iranian soccer squad is known, have long been a huge source of national pride in Iran, but found themselves caught up in politics in the World Cup run-up, with anticipation over whether they would use soccer’s showpiece event as a platform to get behind the protesters.