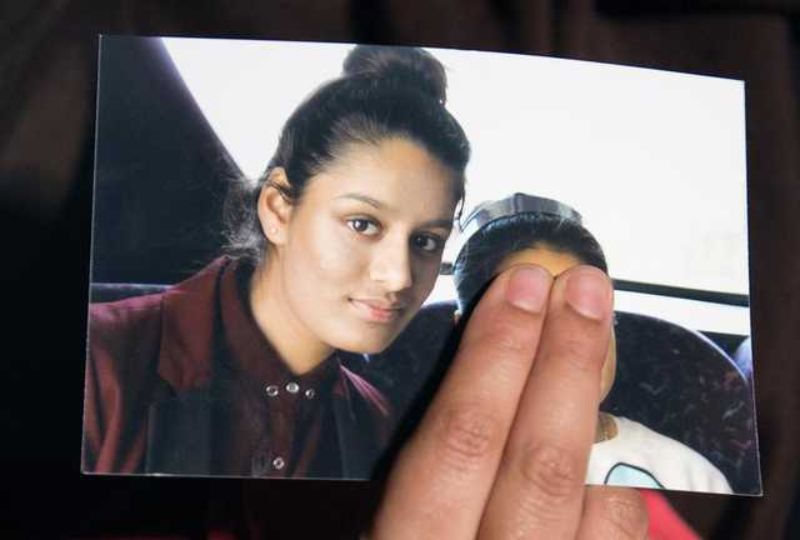 Renu Begum, sister of Shamima, holds a photo of her sister as she makes an appeal for her to return home at Scotland Yard, in London, in February. (Reuters Photo)

A British-born woman who went to Syria as a schoolgirl to join Islamic State (IS) is challenging the UK government’s decision to take away her citizenship, with her lawyers telling a London court that she was likely ‘a child victim of trafficking’.

Shamima Begum left London in 2015 aged 15 and travelled with two school friends to Syria, where she married an IS fighter and gave birth to three children, all of whom died as infants.

She was stripped of her British citizenship on national security grounds in 2019, shortly after she was found in a detention camp in Syria.

Begum, now 23, is appealing against that decision at a five-day hearing at the Special Immigration Appeals Commission, a specialist tribunal that hears appeals against decisions to remove citizenship on national security grounds.

Samantha Knights, representing Begum, said yesterday that the decision to remove her citizenship made Begum ‘effectively an exile for life’.

“This case concerns a British child aged 15 who was persuaded, influenced and affected with her friends by a determined and effective ISIS propaganda machine,” she said.