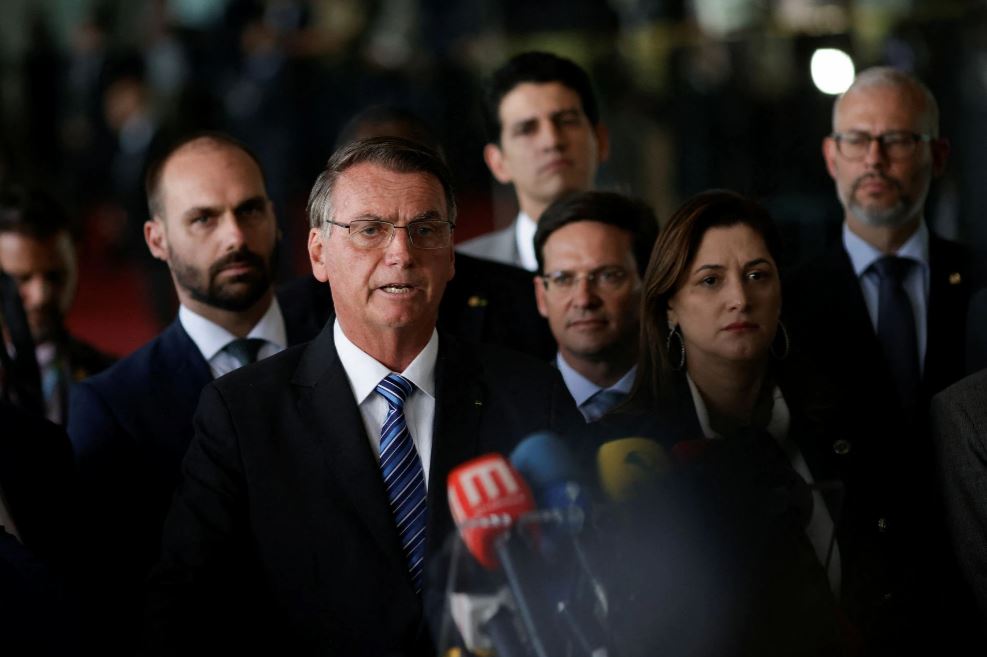 BRASILIA - Brazilian President Jair Bolsonaro has challenged the election he lost last month to leftist rival Luiz Inacio Lula da Silva, arguing votes from some machines should be "invalidated" in a complaint that election authorities met with initial skepticism.

Bolsonaro's claim seems unlikely to get far, as Lula's victory has been ratified by the Superior Electoral Court (TSE) and acknowledged by Brazil's leading politicians and international allies. Still, it could fuel a small but committed protest movement that has so far refused to accept the result.

Alexandre de Moraes, the Supreme Court justice who currently leads the TSE, said in a ruling seen by Reuters that Bolsonaro's right-wing electoral coalition, which filed the complaint, must present its full audit for both rounds of last month's vote within 24 hours, or he would reject it.

Brazil's currency deepened losses after news of the electoral complaint, closing 1.3% weaker against the US dollar. The currency was already suffering from investor concerns about Lula's spending plans and economic policymakers.

Fernando Bergallo, head of operations at FB Capital, was among many who said Bolsonaro's bid to challenge the election results seemed unlikely to get far, but that it would add to "pessimism on top of everything we already have."

"No more procrastination, irresponsibility, insults to institutions and democracy," she wrote on Twitter. "The election was decided in the vote and Brazil needs peace to build a better future."

The Brazilian Social Democracy Party (PSDB), a traditional PT rival, called Bolsonaro's complaint "senseless," tweeting that it would be resisted "by institutions, the international community and Brazilian society."

Bolsonaro's coalition said its audit of the Oct. 30 second-round runoff between Bolsonaro and Lula had found "signs of irreparable ... malfunction" in some electronic voting machines.

"There were signs of serious failures that generate uncertainties and make it impossible to validate the results generated" in older models of the voting machines, Bolsonaro allies said in their complaint. As a result, they urged that the votes from those models should be "invalidated."

Bolsonaro, a far-right former army captain, has for years claimed that the country's electronic voting system is liable to fraud, without providing substantiating evidence.

Bolsonaro remained publicly silent for nearly 48 hours after the election was called on Oct. 30 and has still not conceded defeat, although he authorized his government to begin preparing for a presidential transition.

One of Brazil's most visible presences on social media and at public events over the last four years, Bolsonaro has nearly vanished from public view in the past three weeks, with little or no formal agenda or public statements on most days.