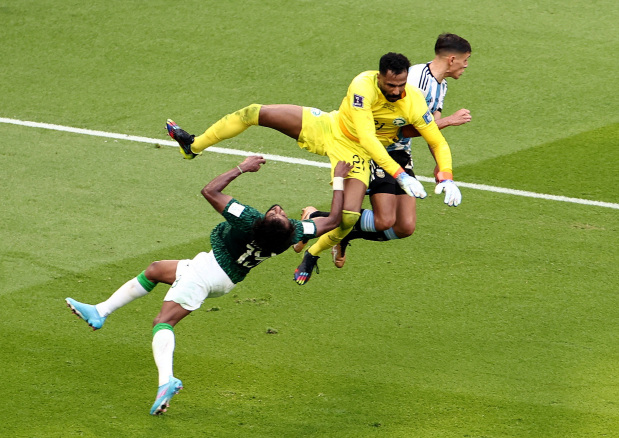 Saudi Arabia defender Yasser Al-Shahrani's World Cup is likely over as he will undergo surgery after sustaining a facial injury during the 2-1 Group C victory over Argentina on Tuesday.

Al-Shahrani fell to the ground after colliding with goalkeeper Mohammed Al-Owais in stoppage time and was carried off the pitch on a stretcher.

"Yasser Al-Shahrani is heading to the National Guard Hospital in Riyadh and will undergo surgery in the coming few hours as per the medical staff's recovery plan," the Saudi Federation said on social media.

Reuters was not able to obtain comment from officials of the Saudi Federation about his participation in the following two group games.