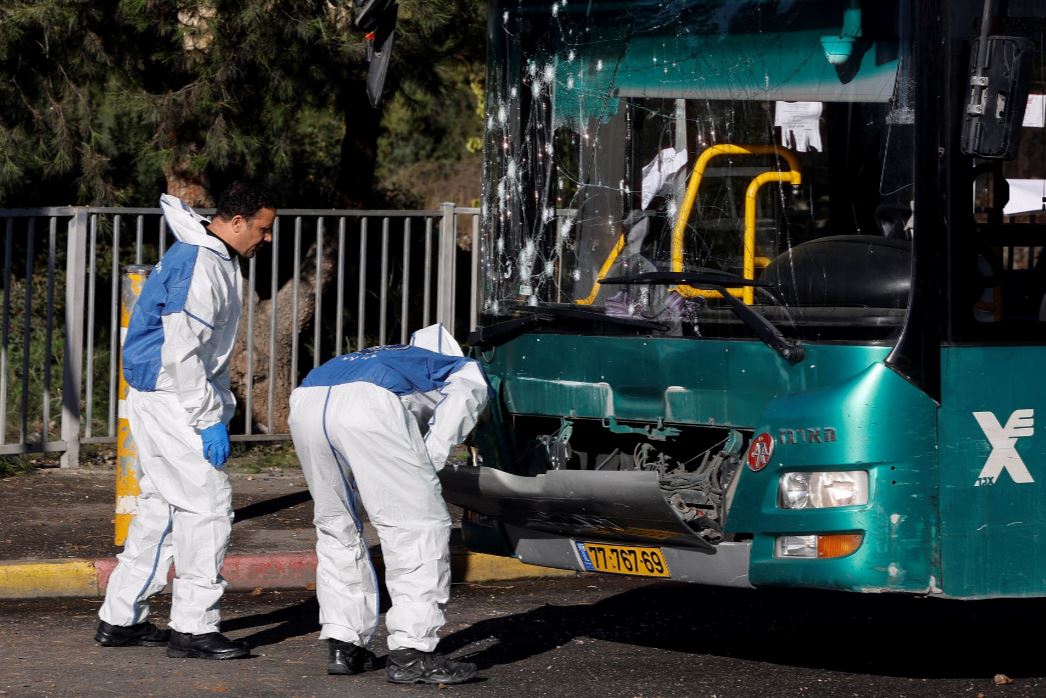 JERUSALEM - Two bombs exploded at bus stops on Jerusalem's outskirts on Wednesday, killing a 16-year-old boy and wounding at least 14 people in what appeared to be an attack by Palestinian fighters, Israeli authorities said.

Police blamed the initial blast, during the morning rush hour, on an improvised bomb planted near the city exit. The second - some 30 minutes later - hit a junction leading to an outlying settlement.

"There has not been such a co-ordinated attack in Jerusalem for many years," police spokesman Eli Levi told Army Radio.

The devices were hidden in bags, packed with nails and appeared to have been detonated remotely by mobile phone, Kan Radio said.

CCTV footage showed the moment of the first explosion with a sudden cloud of smoke billowing from the bus stop. The site, cordoned off by emergency services, was strewn with debris.

Ambulance services said 12 people were taken to hospital from the first blast and three were wounded in the second. A 16-year-old Canadian-Israeli national succumbed to his injuries.