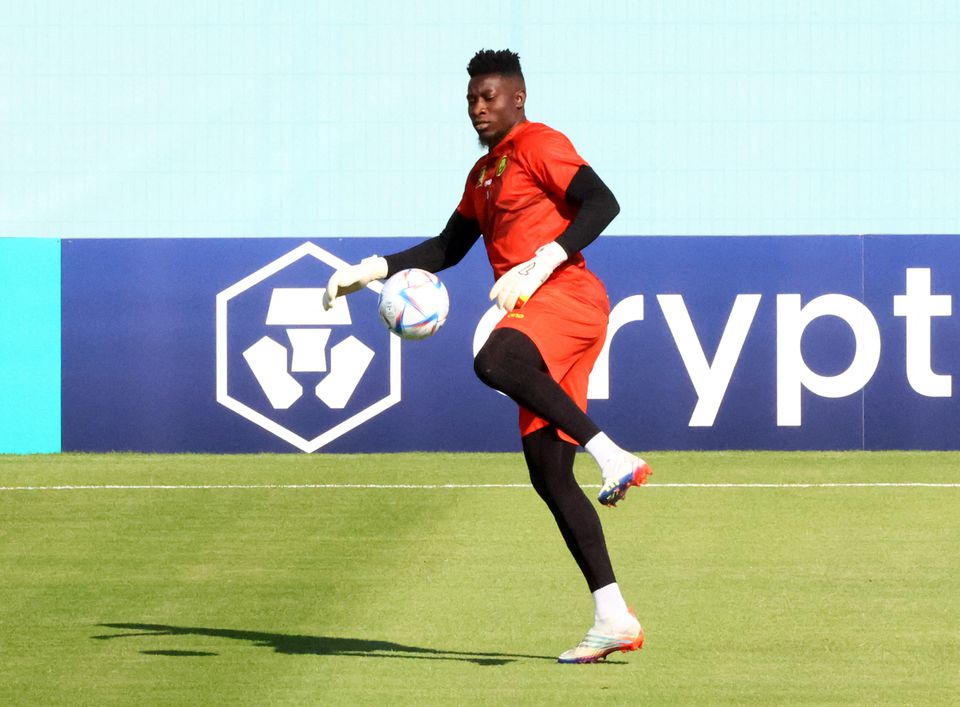 Cameroon coach Rigobert Song praised his team's fighting spirit after they salvaged a 3-3 draw against Serbia at the World Cup on Monday, without first-choice goalkeeper Andre Onana who was left out of the squad for disciplinary reasons.

Onana was marked as "absent" on the team sheet and Song explained that he had to put the team first for a game that left the Indomitable Lions on one point in the group before they play Brazil.

"He is a very important player but we are in a competition and my role is to put the team first ahead of an individual," Song told a news conference amid reports of a falling out over tactics.

"He is one of the best keepers in Europe. This is not about his performances but you have to preserve the squad," he added about the Inter Milan keeper.

"Maybe we needed a strong signal. It's a big risk that I took. But I'm the dad of these kids so when I have to take risks and make decisions, I do that and I stand by what I do."

The 46-year-old Song, who won a record 137 caps for Cameroon and played in four World Cups with the African side, has yet to decide whether Onana will be sent home or if he will get a second chance.

Stand-in keeper Devis Epassy struggled, notably allowing too much space on his left for Sergej Milinkovic-Savic, but Song was not concerned.

"We were leading and then after those two (stoppage-time) goals we thought it was over, but we saw that the players rallied back and I can only be happy about that," Song said.

"The most important is to give the Cameroon people emotions. What matters is the mindset and the collective spirit and in that regard we played a great game. We showed fighting spirit."

Cameroon, however, have a mountain to climb in their last Group G game on Friday as they need to beat Brazil to stand a chance of making the knockout phase.

"It is possible. We believe in it and we did not come here just to go through the motions," Song said.

"Cameroon still has a part to play in this World Cup."