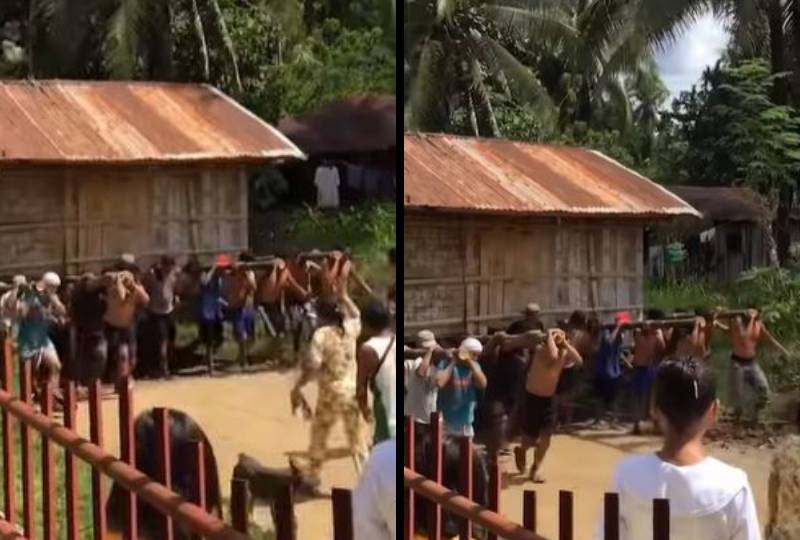 A video from the Philippines showing villagers carrying a seven-foot tall hut on their backs so that an old man could be closer to his family has gone viral.

Filipinos are hailing the acts as 'Bayanihan', meaning 'heroic deed', an old Filipino custom that involves people helping their community without expecting anything in return.

The video which was shared to TikTok by Rhe Zelle Aranjuez (@labmobaako0), shows two dozen villagers carrying the hut on their shoulders as bystanders cheer them on.

“The grandfather didn’t have anyone to take care of him because his wife was already dead so his children wanted him to live nearby,” Aranjuez explained.

He added, “However, his house was too heavy for his relatives so some of our neighbours volunteered to help.”

“They were all tired after that but the old man’s daughters cooked a meal for them. It was like a fiesta,” Aranjuez was quoted as saying.

Since being shared on November 6, the video has already been viewed over a million times with over 163,000 likes.