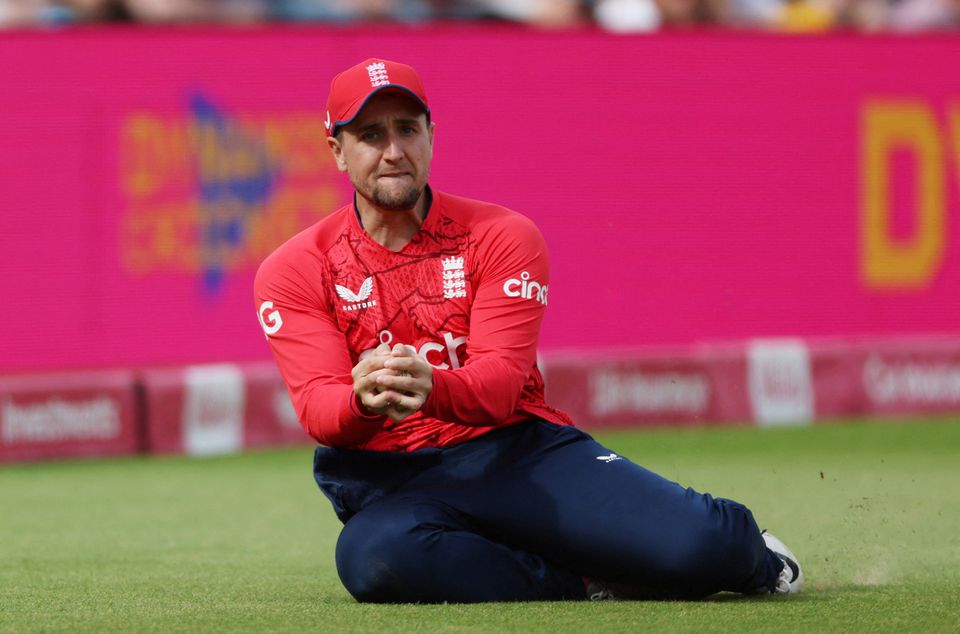 RAWALPINDI, Pakistan: England's Liam Livingstone has been ruled out of the remainder of their Pakistan tour after the all-rounder suffered a knee injury in his debut test in Rawalpindi, the team said on Monday.

The 29-year-old, who made nine in the first innings and was on seven in the second when England declared, jarred his right knee while fielding on Friday.

"He will return to the UK on Tuesday and commence rehab with the ECB and Lancashire medical teams respectively," the England and Wales Cricket Board (ECB) said in a statement.

The visitors have yet to make a decision to call up a replacement.

England, on their first test tour of Pakistan since 2005, are also scheduled to play in Multan and Karachi.