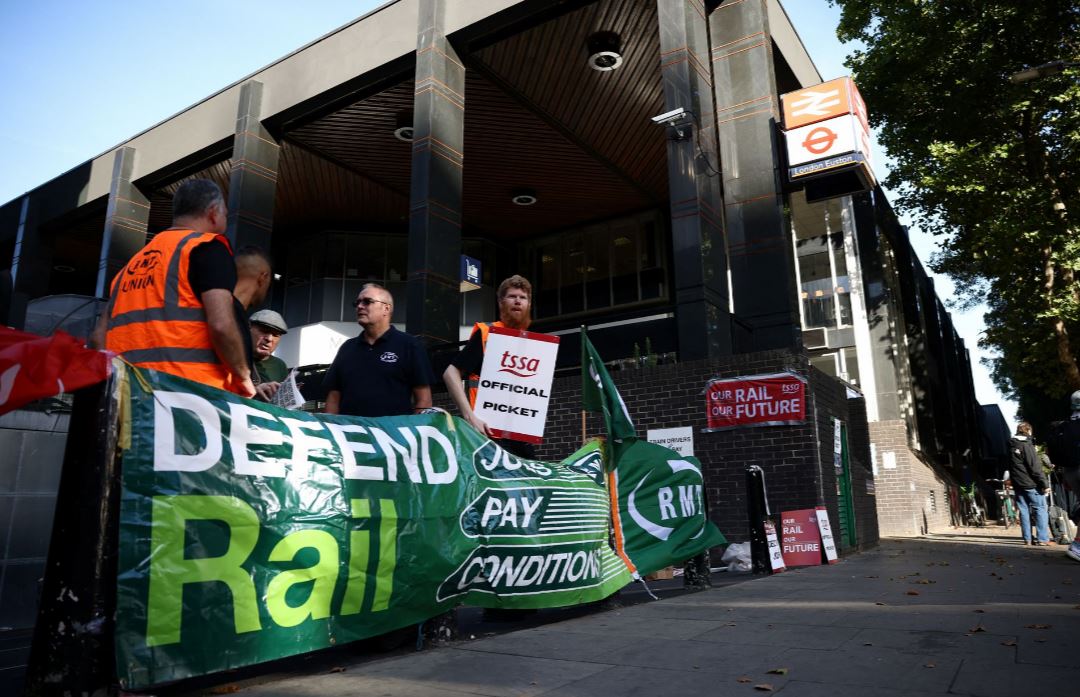 Members of the National Union of Rail, Maritime and Transport Workers form a picket line while on strike, outside Euston railway station in London, Britain. Reuters File Photo

LONDON- Britain's RMT union said on Monday that it would put a pay offer to its members for a vote but recommended they reject it as further strikes over Christmas were announced as part of a long-running dispute over pay.

The union said it plans to go on strike on Dec. 24-27 after talks with train operators and Network Rail - which owns and maintains train infrastructure - ended without a resolution.

"I am sure the travelling public will be really disappointed and irritated and angry," RMT General Secretary Mick Lynch told reporters.

But he said the current offer is "extremely detrimental" to his members.

The RMT said on Sunday that its management had rejected a pay rise offer of 4% each year in 2022 and 2023 from rail employers aimed at heading off further strike action, which has disrupted travel for millions of rail users.

Lynch said he was giving members a week to vote on the pay offer but was advising them to reject it.

The new strike dates over Christmas coincide with a scheduled reduction in passenger services and with engineering works over the festive period, he said.

The RMT said last week that more than 40,000 railway workers would stage strikes over December and January, signaling travel disruption before and after the busy Christmas holiday period.