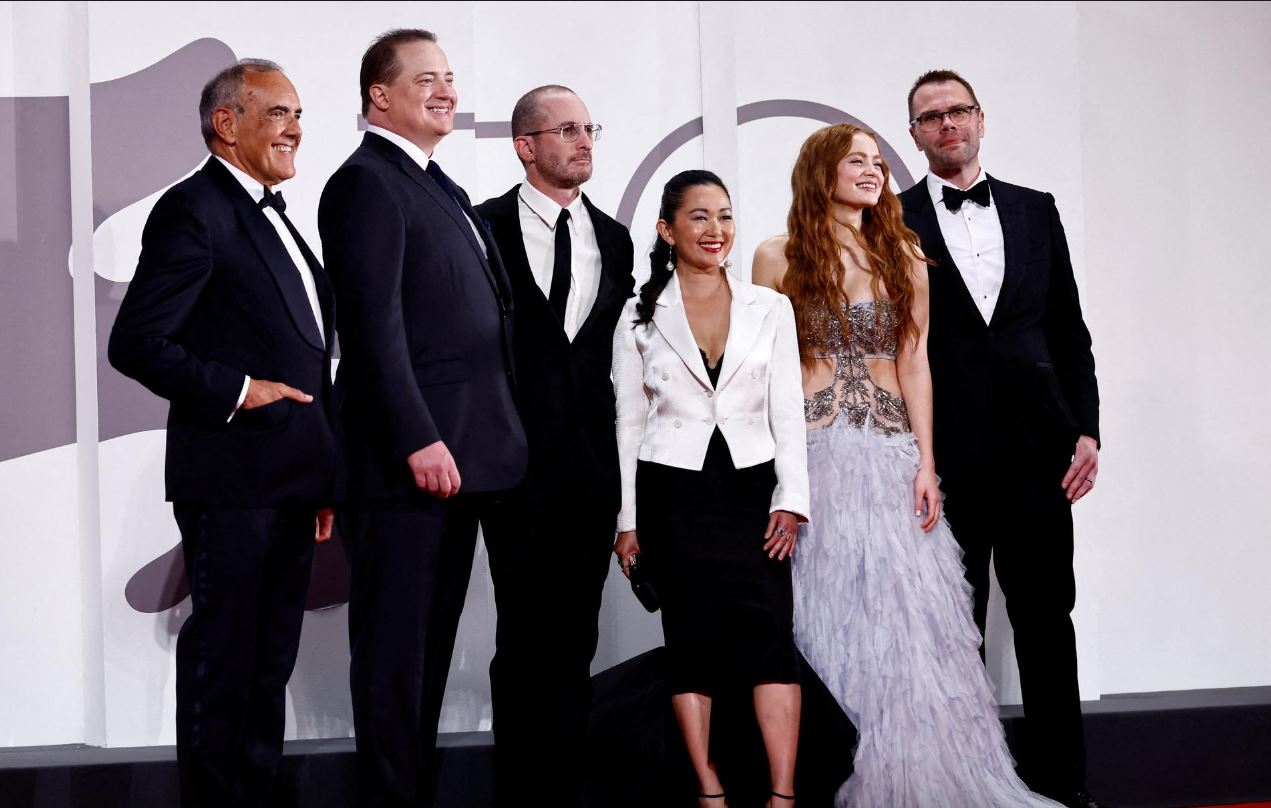 Cast members at the premiere of 'The Whale'. Reuters File Photo

Since the film’s world premiere at the Venice film festival in September, Fraser has been predicted to be the best actor winner for the 2023 Oscars.

The movie is an adaptation of Samuel D. Hunter play of the same name that follows, Charlie, an extremely overweight man with very limited mobility.

He is warned by his best friend, Liz, portrayed by Hong Chau that he will die if he doesn’t get medical help.

The “The Mummy” actor had to put on a heavy body suit as well as prosthetics for the film. He said, “I had a lot of support from almost a race car driving pit crew to help me stay cool and hydrated”.

Both Fraser and Sink feel as if they gained more insight into the film after viewing it themselves.