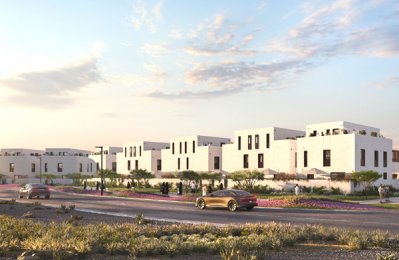 Leading Saudi developer Roshn has announced the sales of all residential units within Phase One of its community project, Al Arous in Jeddah.
Spread over a sprawling 4-million-sq-m area, Al Arous will boast more than 18,000 residential units in addition to key amenites such parks, pedestrian walkways, bicycle paths, restaurants, cafes, schools and mosques.
The key phase, titled Bride of the Red Sea, will offer 2,365 single family homes in the community’s eastern village and commercial core.
The community will be developed according to Roshn’s key design principles – the provision of high-quality housing connected to an array of integrated amenities and public spaces that together form vibrant, livable communities, said the Saudi developer.
The community will include pedestrian-friendly streets, green spaces, and a rich array of civic, retail, sports, and recreational amenities that promote a fulfilling and healthy lifestyle, all of which will be developed to the highest standards, it stated.
Roshn pointed out that like its other communities, Alarous too has been designed to offer a modern, open lifestyle, while preserving the kingdom’s rich heritage and local urban designs.
Group CEO David Grover said: "Bringing our vision for modern, integrated living to Jeddah is a testament to the demand for the Roshn concept. As a national developer, we strive to go beyond building homes to building communities that create vibrant, entertaining, and fulfilling lifestyles."
The opening of sales for Alarous follows the successful roll-out of Riyadh’s Sedra, where Roshn’s early offerings were met with an overwhelmingly positive response.
Demonstrating the market demand for Roshn’s concept of integrated neighbourhoods packed with amenities that support a well-balanced, fulfilling lifestyle, the sales booking pipeline for Sedra was 30-times oversubscribed for the first 3,048 units.
"Alarous will foster human connection, supported by a rich array of amenities and services that will create an experience unique to the Western Region," added Grover.-TradeArabia News Service