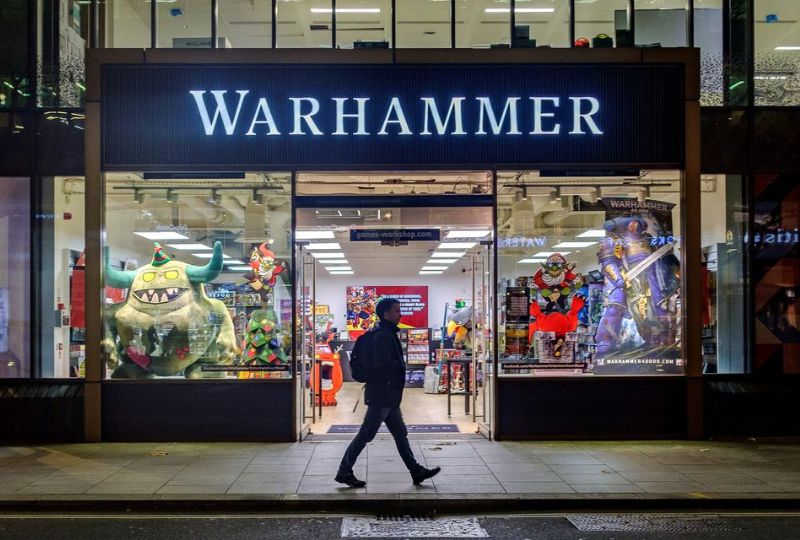 FILE PHOTO: A person walks past a Warhammer store, a brand owned by Games Workshop, in London, Britain. Reuters Photo.

The deal, whose financial details were not disclosed in Games Workshop's statement, underscores Amazon's push to capitalise on a streaming boom and take on rivals including HBO Max and Netflix.

It also follows Amazon's pricey prequel series to J.R.R. Tolkien's "Lord of the Rings" novels - "The Rings of Power", which set a record debut in September for a Prime Video series.

UK-based Games Workshop said Amazon will develop its intellectual property into film and television productions, adding that it will also grant merchandising rights to the U.S. company, beginning with the "Warhammer 40,000" universe.

Amazon did not immediately respond to a Reuters request for comment.

Media reports on Friday said that actor Henry Cavill could star in the new project, a day after he confirmed that he would not return as "Superman" in the DC Universe and following his exit as "Geralt of Rivia" on Netflix's "The Witcher".

Reuters could not immediately confirm the news.