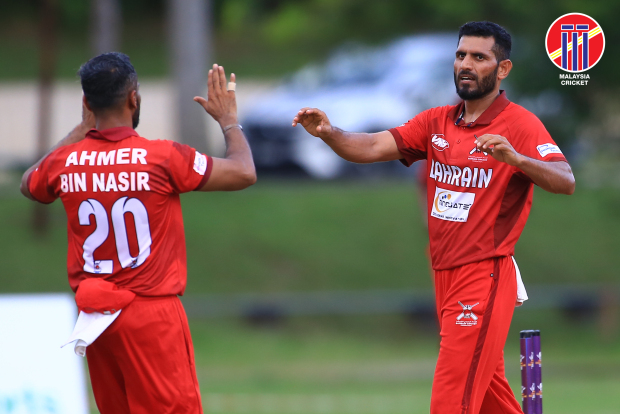 BAHRAIN take on Qatar today in their third 2022-23 Malaysia Quadrangular T20I Series game at the UKM-YSD Cricket Oval in Bangi.

Currently third in the four-team table with two points from two games, behind Qatar, who also have two points but are in second place because of a superior net run-rate (NRR), and Malaysia with four points from two wins, Bahrain will be looking to win their second game in a row after defeating Singapore in a Super Over thriller last Friday.

Qatar, meanwhile, will need to bounce back from their eight-wicket defeat to hosts Malaysia, also on Friday, after having defeated Singapore, who languish in last place, a day earlier by five wickets.

Malaysia started their own campaign in the tournament in a positive fashion, pipping Bahrain by 11 runs in the competition’s opening match on Thursday.

Bahrain will feel buoyed by the performance of their bowlers who have acquitted themselves well as a group in the first two matches, but will seek more from their top-order batsmen, most of whom got starts in both games but failed to convert them into big scores.

They will also need to keep an eye on the Malaysia-Singapore game which will take place this afternoon because a third straight win for the hosts will give them a clear advantage in the race for the final on Friday as the four teams head into the second round of the double round-robin league tomorrow.