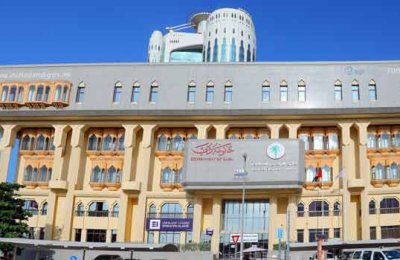 The Dubai Land Department building
Dubai saw a total of 2,882 real estate transactions worth over AED 9.2 billion ($2.5 billion) during the week ending December 16, 2022, according to figures released by the Dubai Land Department (DLD).
The DLD report revealed that 199 plots were sold for AED1.33 billion, while 2,011 apartments and villas were purchased for AED4.61 billion, a WAM report said.
The top three transactions were a land in Palm Deira sold for AED 47.38 million, followed by a land that was sold for AED40 million in Me'Aisem First, and a land sold for AED47.38 million in Palm Deira.
Al Hebiah Fifth recorded the most transactions for this week with 92 sales transactions worth AED244.61 million, followed by Jabal Ali First with 21 transactions worth AED147.11 million, and Al Hebiah Fourth with 15 transactions worth AED290 million.
Top three transfers
The top three transfers for apartments and villas were an AED80 million apartment, an AED61 million apartment, and an AED59 million apartment all located in Palm Jumeirah.
The value of mortgaged properties for the week landed at AED2 billion, with the highest being a land in Al Qusais Industrial First, mortgaged for AED693 million. Meanwhile,157 properties were granted between first-degree relatives worth AED1 billion.-- TradeArabia News Service