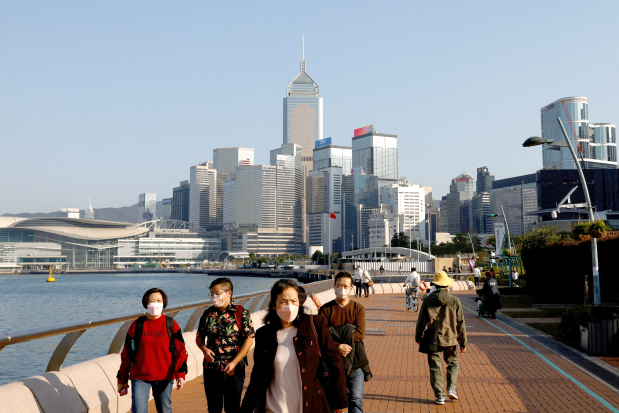 Global equities edged lower yesterday while oil prices tumbled as investors weighed their enthusiasm about the potential economic boost from China lifting Covid restrictions with concerns about rising infections there.

The yield on the benchmark US 10-year Treasury dipped before turning higher in a choppy session after it recorded its biggest one-day jump in just over two months on Tuesday.

In currencies the dollar pared some gains after hitting a one-week high against the yen but fell sharply against sterling.

MSCI’s broadest index of global stocks was flat as investors stayed on the sidelines close to the end of a brutal year for equities. The global index is on course to end 2022 down about 20 per cent, in its biggest percentage decline since 2008, during the financial crisis.

China’s government announced on Monday it would stop requiring inbound travellers to go into quarantine starting from January 8.

While China’s health system has come under heavy stress from the lifting of restrictions so far, strategists at JP Morgan forecast a “likely infection peak” during the Lunar New Year holiday next month, followed by a “cyclical upturn after nearly three years of on and off restrictions.”

“What people are underestimating is the fact that the second largest economy in the world is now reopening and all that economic activity is going to benefit the US,” said Thomas Hayes, chairman at Great Hill Capital LLC in New York.

“The speed at which they have reversed their stance has caught people off guard. People are sceptical because the last two years have been such a debacle in China.”

The pan-European STOXX 600 index lost 0.05pc and MSCI’s gauge of stocks across the globe shed 0.23pc.

“If the 10-year gets to 4pc the floodgates are going to open, there will be a lot of buying at that level,” said Jay Sommariva, managing partner and chief of asset management at Fort Pitt Capital Group in Pittsburgh.

“That is really not that far considering you went from a 3.41pc to a 3.862pc, that is a major move, so 15 basis points on top of that the floodgates will probably open at that point and you will see an enormous amount of buying there.”

Oil prices dipped as traders weighed concerns over the surge in Covid cases in China against the easing of restrictions in the world’s top oil importer, which had fuelled some hopes for a demand boost.