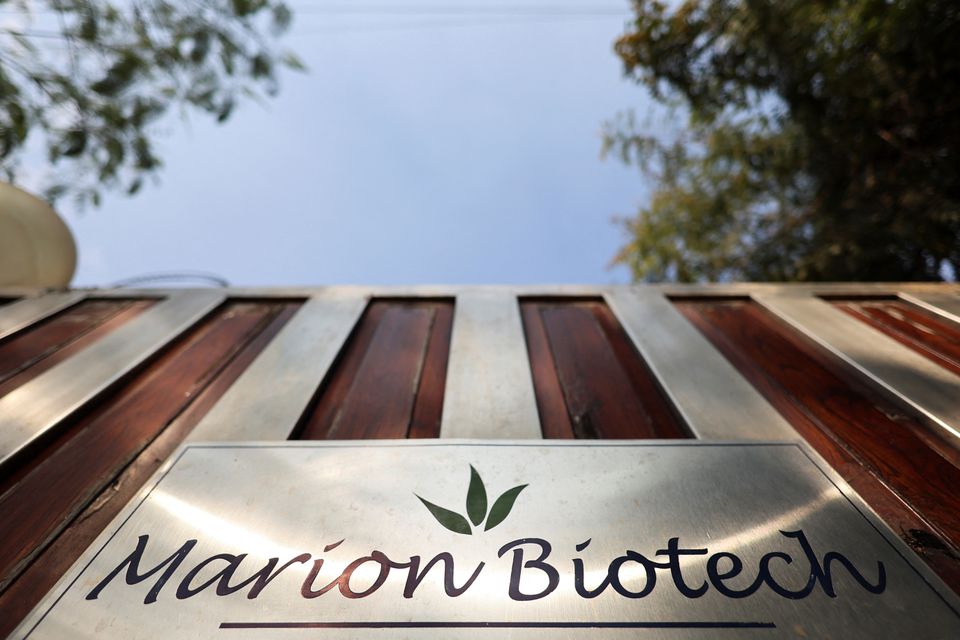 Logo of Marion Biotech, a healthcare and pharmaceutical company is seen on a gate outside their office in Noida, India (Reuters Photo)

Uzbekistan has arrested four people in an investigation into the deaths of 19 children who consumed cough syrup made by Indian drug maker Marion Biotech, the Uzbek state security service said on Friday.

Two of the detained were senior employees of the Scientific centre for Standardisation of Medicines, who circumvented the proper testing procedures for the Doc-1 Max cough syrup, it said.

Two others were executives of the Quramax Medikal company that imported the Marion Biotech drugs.

Marion Biotech said last month, shortly after the series of deaths, that it had halted production of the syrup. read more

Uzbekistan's health ministry had said the syrup contained a toxic substance, ethylene glycol, and was administered in doses higher than the standard dose for children, either by their parents, who mistook it for an anti-cold remedy, or on the advice of pharmacists.

The Uzbekistan case follows deaths of at least 70 children in Gambia that a parliamentary committee had linked to cough and cold syrups manufactured by New Delhi-based Maiden Pharmaceuticals. The company denied any wrongdoing and Indian government inspectors found no contamination in test samples.