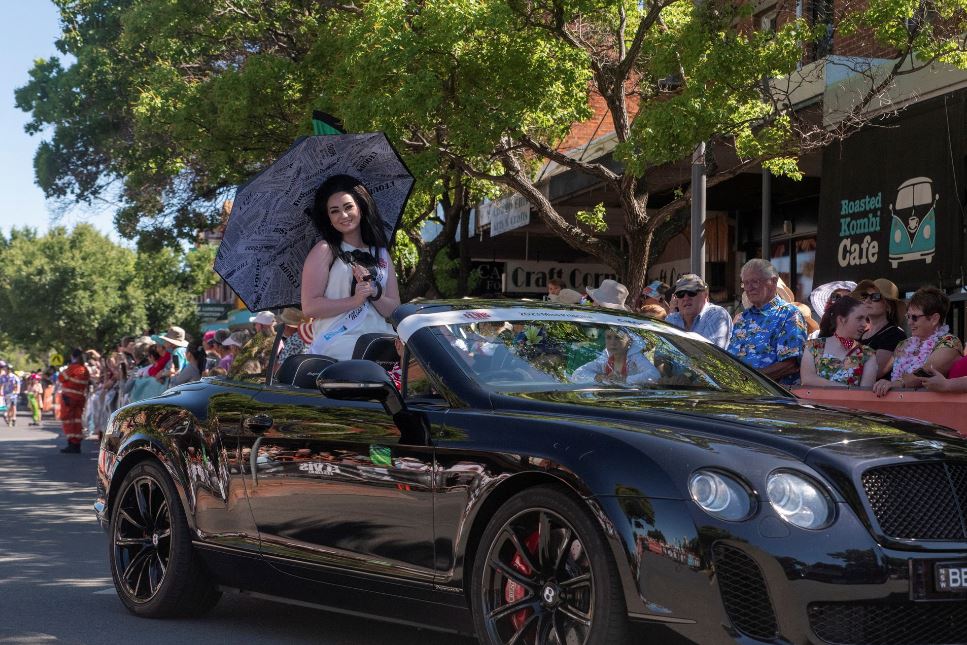 Hundreds of Elvis Presley impersonators paraded down the main street of Parkes on Saturday, as the Australian country town celebrated 30 years hosting an Elvis-tribute gala that has become one of the country's biggest festivals.

"It's fantastic," said Bob Steele, who founded the festival with his wife Anne after a dinner party where the guests ended up singing Elvis songs long into the night.

"Fancy getting to 30 years with a festival, we're just so pleased with it."

The festival, 350 km northwest of Sydney, takes place each year in early January, with some 24,000 fans descending on the town normally home to about 14,000.

In addition to Elvis tribute acts, the extravaganza, timed to coincide with the birthday of 'The King', includes Elvis art and photo exhibitions, rock and roll dance lessons, and Elvis trivia nights.

While Parkes is now known as the Elvis capital of Australia, Steele said some locals were initially skeptical of the event.

"I remember reading different people's letters they wrote into the paper saying, 'why would we honour an American?' But they can see that's pretty foolish now, everyone's quite happy about it these days," he told Reuters.

Saturday's parade - the climax of the five-day festival that closes Sunday - saw participants donned in jet black wigs and bejewelled jumpsuits shake their way down the main street.

Other impersonators joined the colourful procession in vintage cars.

First time attendee, Carl Upton, who made the trip after buying a vintage car and discovering it was a two-time festival award winner, described the occasion as "mindblowing".

"It's just been absolutely fantastic," he said.