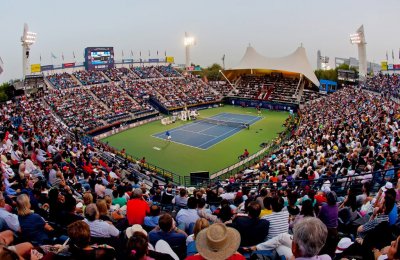 Dubai Calendar, the official listing platform for events in the city, has unveiled the line-up of events and live entertainment featuring music, culture and sport events taking place throughout the city during January and February.

2023. These include a host of epic live entertainment events such as Dubai Beats and Cirque Du Soleil, outings for families such as Sleeping Beauty on Ice and sporting spectacles including Dubai Desert Classic, and much more.

Enjoy epic culture, entertainment & lifestyle
Secure your place to see the spellbinding A Thousand Tales, a ballet featuring musical arrangements from modern composer Alexey Shor’s popular piano numbers such as From My Bookshelf, Childhood Memories and Travel Notebook. Dancers in the show have been hand selected from some of Europe’s most critically acclaimed theatres who will be gracing the stage at Dubai Opera from 6th-7th January.

Dubai Shopping Festival have collaborated with Core Direction to create the region’s first ever camping, music and movement festival, COREUNITY. The event will be taking place in Hatta from 13th-15th January, working with the team who presented Yoga At The Top – Burj Khalifa and Movement & Music at the Dubai Opera Garden, to deliver an epic weekend of fun, wellness and adventure.

For a night full of laughter with some of the region’s leading comedians and actors, head to Dubai World Trade Centre’s Sheikh Rashid Hall for The Sixth World War. The hilarious performance will feature stars including Hassan Al Balam, Zahra Arafat, Muhammad Al Ramadan, Fahd Al Bannai and Abdulaziz Al Nassar, and will be taking place from 13th-14th January.

Be entranced for an evening of stunning figure skating performed by Russian Olympic champions as they elegantly set the tale of Sleeping Beauty to ice. The event will be taking place at Coca-Cola rena on 6th and 7th January.

Get your mystery-solving hat on with a unique game of uncovering clues as the globally renowned Murder Mystery experience arrives at Al Seef Heritage Hotel Dubai and will run until 12th March.

Be immersed in the world of insects as you learn of how they flutter, crawl, jump and fly gracefully around the Coca-Cola Arena stage, set to the melodic compositions of Berna Ceppas. Ovo by Cirque du Soleil will be putting a spotlight on the movement of insects from 12th-18th January.

Prepare for a mind-blowing experience as astonishing mentalism duo James and Marina, Mind2Mind, stun audiences. The Dubai-based couple, who have captivated audiences around the world people, are all set to perform before you at Theatre by QE2 on 13th, 14th and 20th January.

The annual Dubai Shopping Festival (DSF) taking place until 29th January, is one not to be missed with incredible discounts across Malls and shopping destinations with daily entertainment shows and extraordinary raffles.

The Bolshoi Ballet’s prima ballerina Svetlana Zakharova will be gracing the Dubai Opera stage for one night only on 27th January. She will be joined by talented dancers Mikhail Lobukhin, Vaycheslav Lopatin, Denis Savin, Artemy Belyakov, Anastasia Stashkevich and Ana Turazashvili from the Bolshoi Theatre.

Quoz Arts Fest is set to return to Alserkal Avenue from 28th-29th January 2023. After an incredibly successful ninth edition in 2022, this year's celebration promises many more surprises in the artistic sphere for all creative enthusiasts and art buffs.

Taste of Dubai, in partnership with Philips, is returning with another extravagant culinary celebration from 3rd-5th February 2023. The festival gathers world-class restaurants, tasting classes, cooking activities and live music in a laid-back outdoor setting at the Dubai Media City Amphitheatre.

The Barcelona-born music extravaganza, elrow XXL, has entertained thousands across 84 cities in 34 countries and will be making its way to Dubai for the very first time. Taking place on 17th-18th February 2023 at d3, the Middle East debut will be one of the largest dance festivals of the year.

Shrek The Musical will make its highly anticipated return to Dubai at Dubai Opera from 21st-25th February. The talented cast will perform recognizable tunes like Big Bright Beautiful World, Don’t Let Me Go and I Think I Got You Beat with perfectly choreographed moves, so book your tickets early, as shows are likely to get sold out quickly.

The 15th edition of the region’s largest celebration of the written and spoken word, the Emirates Airline Festival of Literature, is set to be held from 1st-6th February 2023 at the InterContinental Dubai Festival City and Mohammed bin Rashid Library. The festival offers visitors of all ages the chance to interact with their favourite authors, attend literary debates and participate in workshops, in addition to featuring homegrown talent.

Top performances from global artists
Following sold-out performances at iconic venues around the world such as Carnegie Hall and the Sydney Opera House, Hungarian performer Havasi will be returning to Dubai Opera on 14th January. The classical pianist will be showcasing his first-ever musical battle between himself and a rock and roll drummer.

Be captivated by a majestic showcase of Bollywood and pop hits by Arijit Singh on 20th January at Coca-Cola Arena. Often named 'King of Playback Singing', Singh will be performing his vast discography of over 300 tracks, most of which have reached the top of music charts.

Prepare for an evening full of fun and world-class entertainment as five-time platinum artist Amr Diab lights up the stage at the White Party on 21st January at the Dubai Media City Amphitheatre. The musical icon will be performing all his chart-topping numbers including Tamally Maak.

Get ready for an epic concert from Hollywood’s iconic music composer Hans Zimmer. The multi-Grammy and Academy Award-winning artist will be accompanied by a 45-piece orchestra, a band and a troupe of dancers for this phenomenal live production at the Coca-Cola Arena on 27th January.

English pop-rock star, Tom Odell, will be returning to Dubai for another incredible show on 4th February at Dubai Opera. Known for his chart-topping debut album Long Way Down, followed by hits like Another Love, the popular singer and pianist will be performing songs from his new album Best Day of My Life.

The InClassica International Music Festival is returning to Dubai from 12th February – 3rd March with a series of captivating live performances. Internationally acclaimed soloists, orchestras and conductors will take to the stage at the Coca-Cola Arena to delight and entertain audiences with renditions of overtures and symphonies by the likes of Beethoven, Mozart, Tchaikovsky and more.

The iconic voice of Khalid Abdulrahman will take audiences on a journey to the 90s on 13th January. The singer and poet will ensure you are off to a musical start to your 2023 with a night of Arabic classics at the Dubai Opera.

R&B superstar Ashanti returns to the emirates as she takes over the Coca-Cola Arena on 21 January. The American singer will perform live renditions of chart-topping tracks of the early 2000s with likes of What’s Luv and Always On Time.

Gripping sporting events
Racing fanatics and sports fans alike can head to Meydan Racecourse to experience some of the world’s most skilled horses and globally recognised jockeys battle it out for number one prize. The action kicks off again this winter from now until 19th February, ahead of the epic Dubai World Cup at the end of March.

As the Dubai horse racing season approaches, celebrate with the best in the world at Dubai World Cup Carnival race meetings, where tough competition and spectacular sporting action is guaranteed. Racing fans can head to Meydan Racecourse from 6th January to 4th March 2023.

Kick off the new year right with the Super Sports Meydan Run. The monthly athletic challenge is suitable for participants of all ages and abilities, with picturesque views and team spirit assured. The event will be taking place on Sunday 8th January at The Track, Medan Golf.

Get your helmets on and bikes ready for the 13th edition of the Spinneys Dubai 92 Cycle Challenge on 19th February. Whether you are looking to push yourself to the limit or go for the win, the sporting spectacle will unite cycling enthusiasts from all over the world.

Gear up for Hankook 24H Dubai, the second largest 24-hour race grid in the world at the Dubai Autodrome from 13th-15th January. Petrol heads can strap in for a full day of international drivers steer GT and touring cars on the 5.39km circuit at the Dubai stop of the series.

Get ready for three days of high-speed racing at the Asian Le Mans Series from 10th-12th February. The 2023 edition is expected to welcome globally acclaimed teams along with emerging talent from the region. Watch these pro racers race for top spot during this 4-hour challenge at the Dubai Autodrome for a chance to secure a place in the world’s most prestigious 24 Hours of Le Mans endurance race.

Golf and entertainment fans can prepare for a day of world-class sporting action as Dubai Desert Classic returns from 26th-29th January at Emirates Golf Club.

Silver Cup, part of Dubai's prestigious polo calendar, will see six of the world’s best teams go head-to-head in an 18-goal handicap. Taking place from Al Habtoor Polo Resort and Club from 21st January to 4th February will now be going into its 13th year of hosting this sophisticated event.

Dubai Marathon, will be returning on 12th February 2023, with participants from all over the world competing for an exciting run alongside the iconic Burj Al Arab in the demanding 42km course, the shorter 10km route or the family-friendly 4km fun run.

Top tennis players from across the globe will be arriving in Dubai to welcome the start of the tennis season with the Dubai Duty Free Tennis Championships from 19th February to 4th March at the Dubai Duty Free Tennis Stadium. An important stop before the ATP World Tour and the WTA Tour, the tournament features one WTA 100 women's and one ATP 500 men's challenge each.

Following numerous successful years, The UAE SWAT Challenge will return from 20th to 24th February 2023. Hosted by Dubai Police to promote cooperation across special weapons and tactics (SWAT) teams, visitors can join in and participate in their own SWAT-style competition.