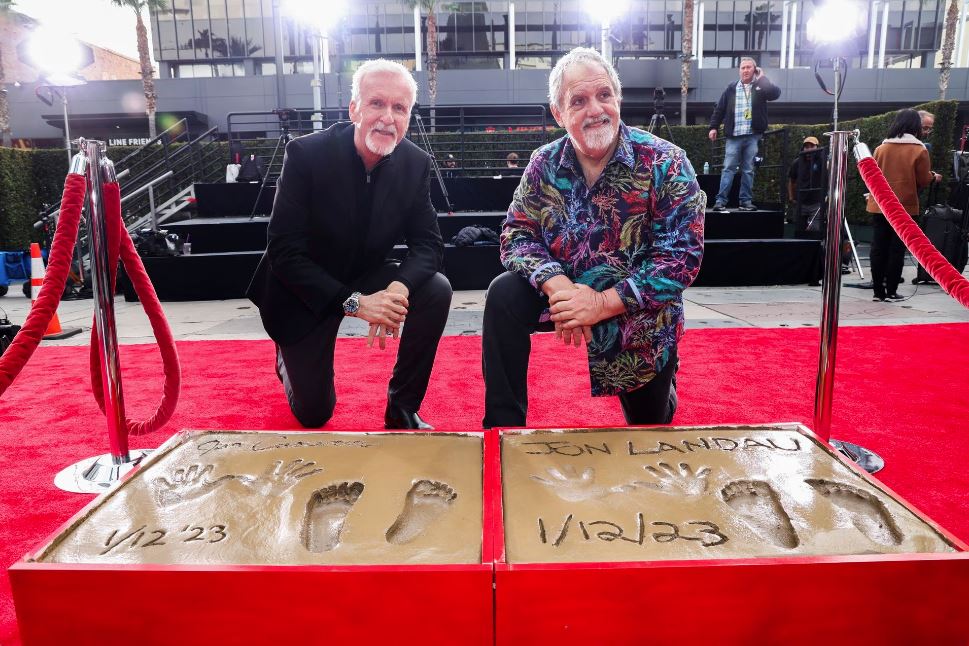 Director James Cameron and Producer Jon Landau pose after placing their handprints and footprints during an event at the forecourt of the TCL Chinese Theatre in Los Angeles, California, US, January 12, 2023. (Image credit: Reuters)

As "Avatar: The Way of Water" climbs the box office charts, director James Cameron stuck his hands and feet in cement outside the TCL Chinese Theatre in Hollywood to commemorate his contributions to the film business.

"Avatar: The Way of Water" is among the highest-grossing movies of all time, along with the original "Avatar" and Cameron's "Titanic."

"The box office from our perspective allows us to continue. It's empowering," Cameron told Reuters. He has already filmed a third movie in the series.

"Writing and designing the subsequent two films, it's now going to pay off, so that's a good feeling," he added.