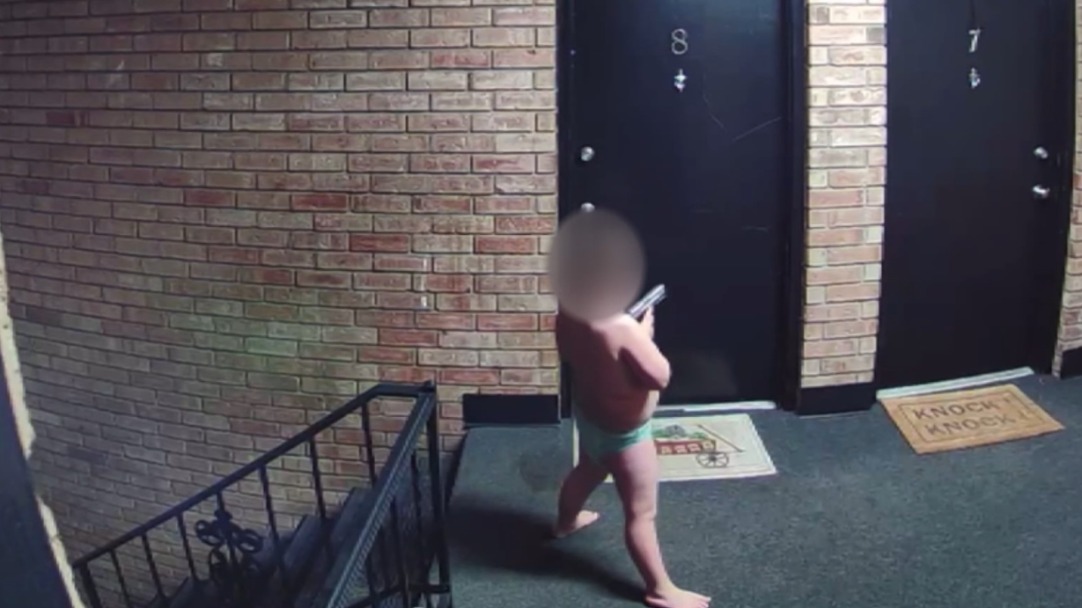 Doorbell camera footage showed a child wearing only a diaper waving a gun in an apartment hallway.

A man has been arrested on live TV in the US state of Indiana after his four-year-old son, appearing to wear a nappy, was seen waving a gun.

Shane Osborne, 45, was charged with neglect after neighbours reported a child in a hallway carrying what they believed to be a handgun, police said.

The arrest was filmed on the TV show On Patrol: Live.

The show aired surveillance video allegedly showing the boy playing with a weapon and even pulling the trigger.

Osborne initially told police there were no weapons in the house, claiming to have been feeling ill all day and sleeping, Beech Grove Police told the BBC.

“I don’t have a gun,” he tells police on the show, where Beech Grove officers are followed on shift. “I have never brought a gun into this house, if there is, it’s my cousin’s.”

He added that he did not realise that his son had been outside in the hallway of the apartments.

While the officers were still on the scene, a neighbour came forward to the officers with surveillance video. The video showed the young child in the hallway with what appeared to be a real firearm.

Police then found the firearm in Osborne’s apartment and he was arrested.