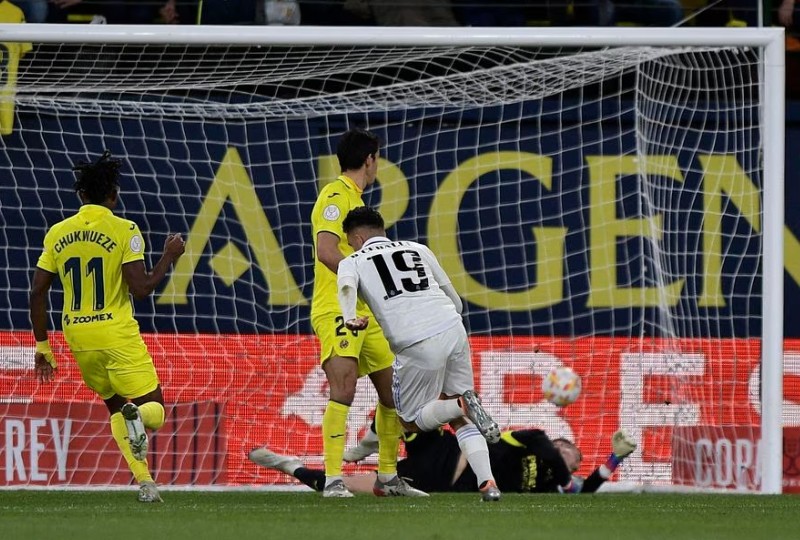 Real Madrid came from two goals down to beat Villarreal 3-2 in the Copa del Rey last 16 on Thursday thanks to a brilliant second-half performance by substitute Dani Ceballos.

The 26-year-old midfielder delivered an assist for Real's first goal, created the opening for the second and scored the winner for the visitors who looked to be on the brink of elimination when they trailed 2-0 at halftime.

Villarreal moved quickly into the lead with a brilliant move by Etienne Capoue in the fourth minute, who volleyed into the far post.

They dominated the first half and extended their lead in the 41st minute when Gerard Moreno found Samuel Chukwueze ghosting between two defenders and delivered a brilliant pass to the Nigerian winger who powered his shot into the top left corner.

Ceballos came off the bench in the 56th minute to play a pivotal role in all of Real Madrid goals.

One minute after coming on, he delivered a superb through ball to Vinicius Jr who scored from point-blank range.

Twelve minutes later he crossed to Karim Benzema whose towering header was denied by Filip Jorgensen but allowed Eder Militao to score from the rebound. In the 86th minute Ceballos slotted a perfect low shot from just inside the box to give Real Madrid the win.

"I think that when you have the chance to wear this jersey even for one minute, you have to seize the opportunity," Ceballos told TVE.

"I'm happy to been able to inject energy and desire to the team and luckily we have turned the game around."

After their 2-1 LaLiga defeat by Villarreal two weeks ago and a 3-1 loss to Barcelona in the Spanish Super Cup final last Sunday, Real Madrid needed a win to rebuild their confidence as they bid for their first triumph in the competition since 2014.

"Sure, we want to dominate every games we play but in the last few weeks we have not been able to," Ceballos said.

"We have played many games in a row, many players have came back from the World Cup and now we have to move on and look forward."