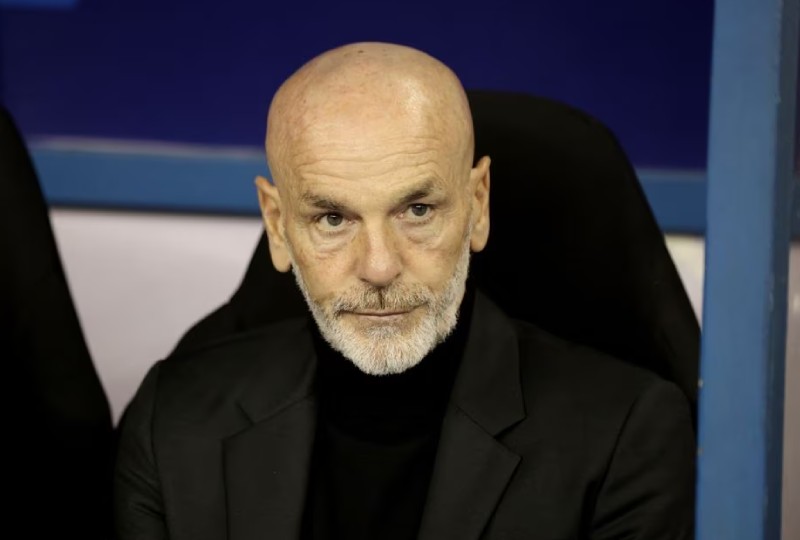 Coach Stefano Pioli will be hoping the slump AC Milan are going through on all fronts is a mere blip rather than an ominous sign that the champions' grip on the Serie A title is all but over when they take on Lazio on Tuesday.

Defeats in the Coppa Italia and Italian Supercup in the space of eight days, along with two successive draws in Serie A, means the club has been on a four-match winless run in all competitions, which Pioli hopes has not dented his team's confidence as they look to close the nine-point gap with leaders Napoli.

The downturn in their fortunes has come as a bit of a surprise for a team which had entered November's World Cup break winning six of their previous eight matches in all competitions.

When they were back in Serie A action in the New Year, it seemed normal service had resumed with a 2-1 win over Salernitana. Yet that proved to be their last win.

The last time Milan had endured such a lean patch was almost two years ago when they similarly went on a run of four matches without winning any - and ended up finishing a distant runner-up to champions Inter Milan.

After waiting 11 years to win the league title last May, Pioli is determined that his second-placed team do not surrender their championship hopes by simply rolling over.

"We are certainly not going through our best period mentally but we must do better and do more," Pioli said after the Supercup final.

Lazio coach Maurizio Sarri, who will probably have to make do without injured striker Ciro Immobile, fears that Milan will be out for revenge.

"I am worried, because Milan are a strong side, they have been slapped three times and will have a strong reaction," he said.

Lazio's chances of ending their 23-year wait for a third Serie A title may seem like a pipe dream as they sit fifth in the standings, 13 points behind the leaders, but they are in a six-way scrap to secure a spot in next season's Champions League.

With only four points separating second-placed Milan from seventh-placed AS Roma, the race to secure one of the four spots available for playing in Europe's premier club competition is very much on.

While leaders Napoli travel on Saturday to Salernitana, who will once again be guided by Davide Nicola as he was re-hired as their coach this week just two days after being sacked, third-placed Juventus will host sixth-placed Atalanta a day later.

Inter Milan, tied on 37 points with Juventus, host mid-table Empoli on Monday and Roma will be in action against Spezia on Sunday.

Napoli's 5-1 thrashing of Juventus has raised hopes that they can finally land their first Scudetto since 1990 -- and shake off the curse of being the all too forgettable "winter champions".

Under former coach Sarri, Napoli were top of the table heading into the winter break in the 2015-16 and 2017-18 seasons, only to lose ground in the second half of the campaign and cede the title to Juventus.

"I have a group of players who, when they perform to their full potential as they did (against Juve), are capable of aiming very high indeed," current coach Luciano Spalletti said.

"This team has rekindled an immense love between the club and the fans and the city."

Juventus will have their work cut out against an on-fire Atalanta, who have scored 13 goals in their last two games, following up their 8-2 Serie A thrashing of Salernitana with a 5-2 hammering of Spezia in the Coppa Italia.