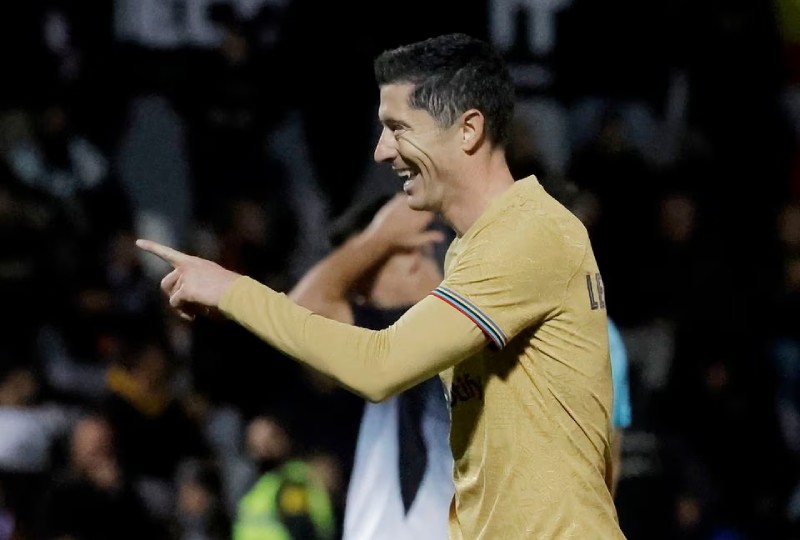 Robert Lewandowski scored a brace and led a second-string Barcelona side to a 5-0 win at third-tier Ceuta in the Copa del Rey last 16 on Thursday.

Raphinha, Ansu Fati and Franck Kessie were also on target against a hapless Ceuta.

Barca manager Xavi Hernandez made 10 changes to the team that won 3-1 the Spanish Super Cup final against Real Madrid on Sunday, resting all his key players with the exception of Lewandowski.

The visitors were dominant in every aspect of the game and took the lead in the 40th minute when Raphinha curled in a shot from the edge of the area.

Lewandowski extended Barca's lead five minutes after the interval when Kessie stole the ball from a Ceuta defender and passed it to the Polish striker for an easy tap in.

Substitute Fati made it 3-0 in the 70th minute by dribbling past a defender before slotting a right-footed strike into the far post.

Kessie netted the fourth with a towering header from a Raphinha cross in the 77th minute and Lewandowski finished a counter-attack with a gentle touch to the goalkeeper's left in the 90th minute.