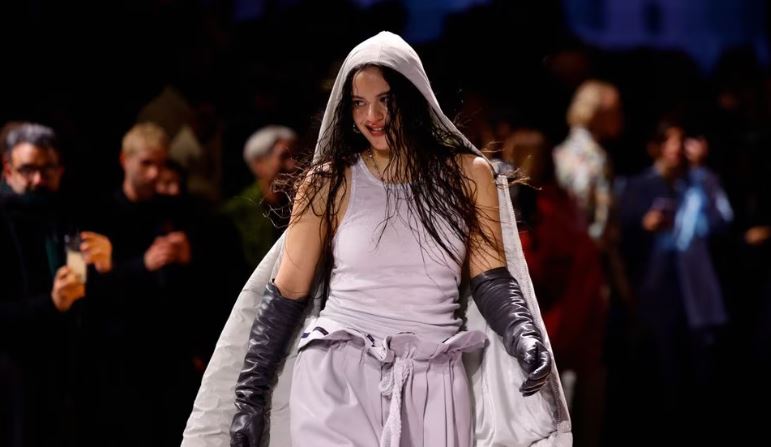 Louis Vuitton switched up the traditional fashion runway format with a performance from Spanish singer Rosalia taking centre stage at the label's menswear show in Paris on Thursday.

Rosalia opened the live event for the LVMH-owned fashion house, emerging from a darkened set wrapped in a puffy white jacket and loose jogging pants, sunglasses wrapped around her face.

The Latin Grammy award winning pop-star animated the set - drawn up to resemble someone's home - sprawling on the couch, jumping on a bed and singing from atop a bright, yellow car.

The label emphasised outwear with lengthened silhouettes, ranging from tailored coats to puffed-out bomber jackets, and sprinkled some artwork and logos into the mix.