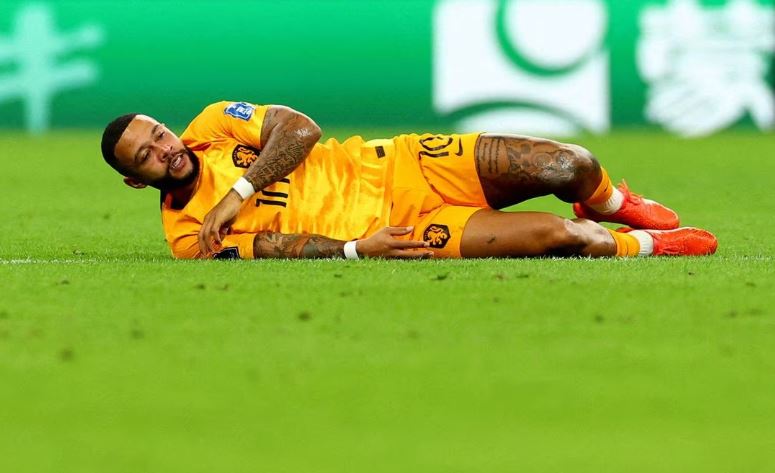 The 28-year-old took part in a training session with the Madrid club on Thursday with the permission of Barcelona.

He will give Atletico more options up front after Portugal forward Joao Felix's loan move to Chelsea earlier this month.

In a statement, Barcelona said they will receive a fee of "3 million euros ($3.25 million) plus one million in variables."

Depay, who previously played for PSV Eindhoven and Manchester United, joined Barca on a free transfer from Olympique Lyonnais in July 2021 on a two-year deal.

He played 42 games for the Barcelona, scoring 14 goals, but fell out of favour with manager Xavi Hernandez after the club signed Poland striker Robert Lewandowski last year.

Depay has been capped 86 times since his debut in 2013, scoring 43 goals - leaving him seven short of the Netherlands' all-time top scorer Robin van Persie.

Depay played at last year's World Cup in Qatar, scoring one goal as the Dutch reached the quarter-finals where they lost to eventual champions Argentina on penalties.