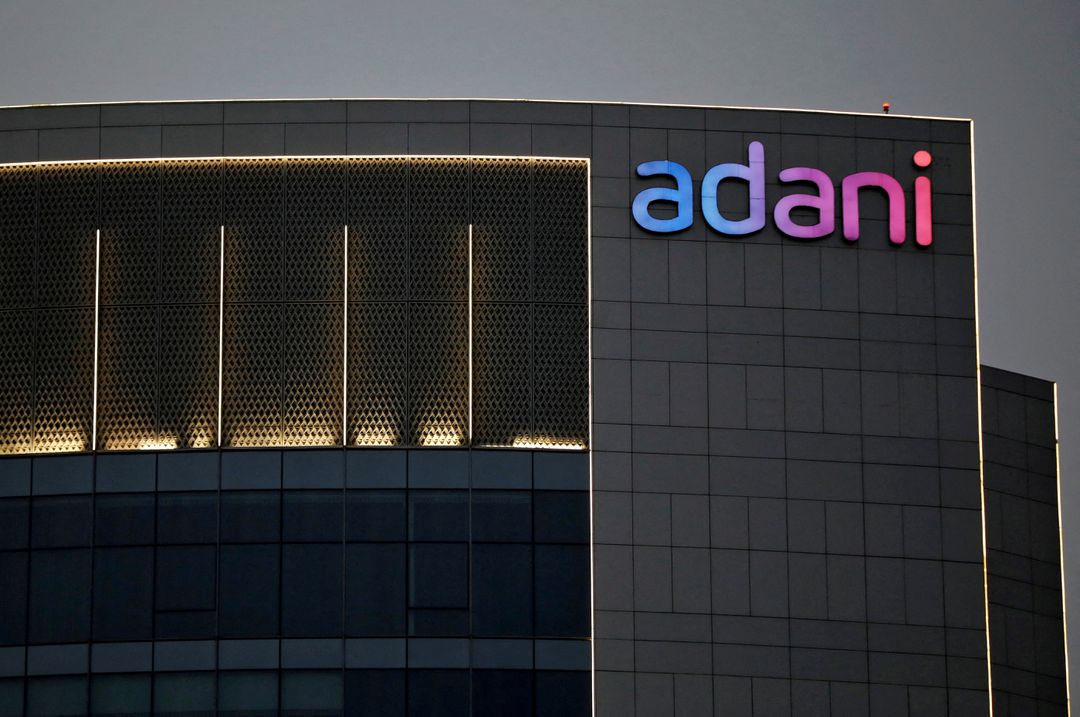 The logo of the Adani Group is seen on the facade of one of its buildings on the outskirts of Ahmedabad, India, April 13, 2021. REUTERS/Amit Dave/

Asia’s richest man, Gautam Adani, plans to sell shares to the public in at least five companies between 2026 and 2028, helping the port-to-power conglomerate improve debt ratios and broaden its investor base.

Singh said businesses such as the airport operator are consumer platforms servicing nearly 300 million customers and need to operate on their own and manage their capital requirements for further growth. He said the businesses would need to show they can clear the basic tests of independent execution, operations and capital management before a formal demerger can be implemented.

“Scale is already there for the five units,” Singh said. The “airport business is already independent, while Adani New Industries is going strong on the green energy side. Adani Road is demonstrating new build-operate-transfer models to the nation, while the data center business will grow further. Metals and mining would cover our aluminum, copper and mining services.”

Adani has faced criticism over the group’s rapid expansion from a traditional port operator to a sprawling conglomerate with assets including media, cement and green energy that some say has increased debt and financial complexity. Research firm CreditSights red-flagged the Adani Group’s “elevated leverage” last year. The group pushed back against the report, calling leverage ratios “healthy”.

The conglomerate’s flagship company Adani Enterprises is slated to sell new shares at a discount and allow payments in three instalments when it rolls out a $2.5 billion follow-on offer later this month – an unusual move for one of the country’s major stocks that is designed to attract domestic mom-and-pop investors. A diversified shareholder base would help make the thinly traded stock more liquid and provide funds to pay down debt.