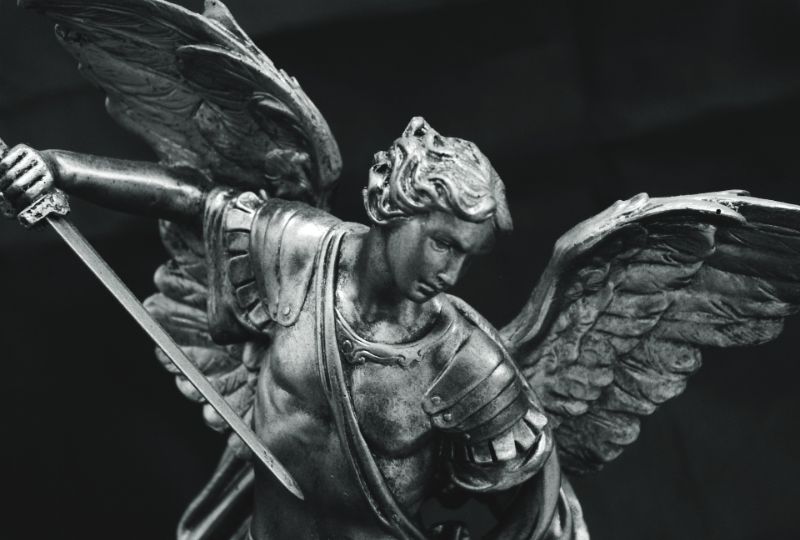 A 32-year-old man was seriously injured when he tripped and cut his neck on an angel statue's sword while attempting to steal it from a church in Mexico.

Michael Alonso broke into his local church in Monterrey, Mexico in the early hours of January 14 in an attempt to steal a statue of St. Michael holding a sword. He tripped and cut his neck on the sword while attempting to carry it out of the church in the darkness of night.

Locals near the church were able to call emergency services after noticing the incident at the church's entrance. Alonso received emergency medical assistance after which he was handed over to the police.

The statue was undamaged and eventually returned back to the church.

St. Michael is often depicted with a sword because he is seen as the "defender of the heavenly host and the helper of the armies of God against the Devil".

The thief being injured by the sword of the statue is being hailed as divine retribution by locals.

Lupita, a shopkeeper in Monterrey told ABC Noticias just as much.

"That happened to him for doing bad things," she said.

"Saint Michael is for protection, to combat evil, I think that's why that happened to him."