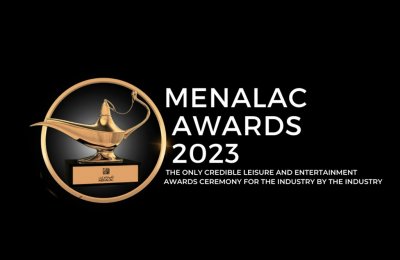 Leaders and innovators from the regional leisure and entertainment industry are set to gather at the fifth edition of Menalac Awards on March 15 at the Address Skyview Hotel, Downtown Dubai.

As the governing body for the Mena leisure, entertainment, and amusement industry, the Menalac Awards have come to be recognised as a platform built to celebrate excellence in the industry. The Awards ceremony sets new benchmarks for the industry by shining the spotlight on achievements of participants whilst also challenging them to constantly strive for excellence by implementing best practices, innovating offerings, and delighting visitors.

Over the past five years, the Menalac Awards have also become a meeting place for who’s who from the world of leisure and entertainment in the Mena region.

Ghassan Assi, Chairperson of the Menalac Awards Committee and Chief Operating Officer of Trampo Extreme said: “The growth of the leisure and entertainment industry in the Mena region is remarkable. From the world’s tallest to the fastest, snow park in the middle of desert to building world-class entertainment in futuristic cities the Mena region has it all. Importantly, the industry has stayed resilient through the last couple of difficult years and is now on a clear growth path with regional leisure spending to touch the $609 million mark this year.

“And the Menalac Awards programme aims at recognising excellence in this exceptionally dynamic, creative, and competitive industry. What’s more, the Awards ceremony has grown and evolved substantially since its inception and is now well respected by our industry with the trophies being much coveted keepsakes.”

On completion of the judging round, independent auditors UHY JAMES aggregate scoring to arrive at the winners. Shortlisted nominees will be announced in the first week of March. Auditors will also periodically review if the awards process is following the set rules.

If anything, the increase in the number of award categories – from 27 to 29 – reflects continued growth at the already world-class leisure attractions in the Mena region. Resultantly, the Mena leisure and entertainment industry as a whole is able to attract top notch global suppliers to serve the market.

Cameron Mitchell, Founder, Consult Middle East said: “The Middle East has set international standards in Out of Home Entertainment & Experiences for decades. Wild Wadi, Ski Dubai, The Dubai Fountain and Sega Republic are but a few of the countless examples that helped establish the region as a global entertainment hot spot.

“More recently The Museum of The Future, Ferrari World, Takenda & Brass Monkey have proudly innovated and evolved the entertainment experience regionally. Given the entertainment revolution that is exploding across the Kingdom of Saudi Arabia and regionally, the Middle East looks assured to set the same world-class standard for decades to come. And the Menalac Awards plays a pivotal role in recognising industry successes and celebrates industry leaders who have reached new heights, either in calibre of experience, innovation, CSR or health & safety.” – TradeArabia News Service