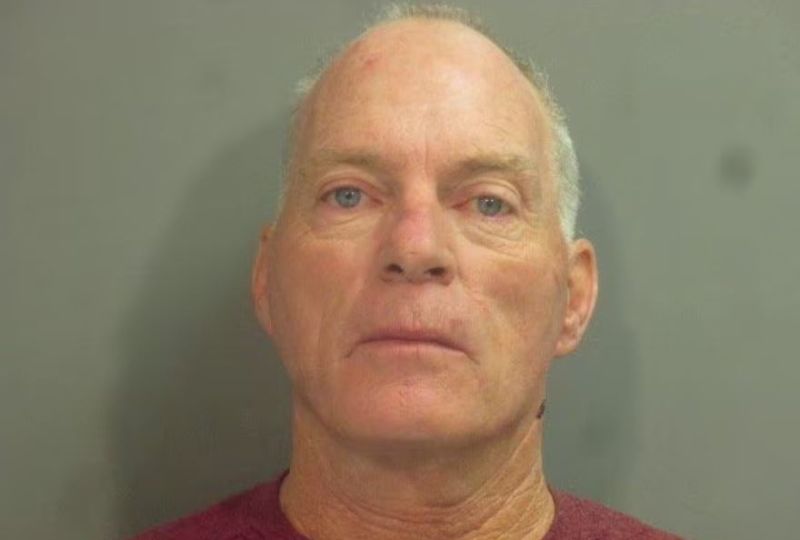 Police mugshot of Richard Barnett, 60, of Gravette, Arkansas who was arrested in Little Rock, Arkansas, January 8, 2021, on multiple criminal charges for his role in storming the Capitol building in Washington earlier in the week. (Reuters Photo)

WASHINGTON - An Arkansas man who famously was photographed putting his feet up on a desk inside then-US House Speaker Nancy Pelosi's office during the January 6, 2021 attack on the Capitol was convicted on eight counts by a Washington jury on Monday, the Justice Department said.

The guilty verdict against Richard "Bigo" Barnett came just a few days after he took the stand in his own defense - a risky move that has sometimes backfired for other defendants charged in connection with the Capitol riot.

Barnett, 62, of Gravette, Ark., was among one of the earliest people to be arrested after supporters of former President Donald Trump stormed the Capitol in a failed bid to block Congress from certifying Joe Biden's election victory.

A photo of him with his feet propped up on a desk in Pelosi's office went viral in the days following the attack.

In a media interview after the attack, he was quoted as saying: "I put a quarter on her desk even though she ain’t worth it. And I left her a note on her desk that says 'Nancy, Bigo was here.'"

He also took an envelope from the desk that was addressed to another member of Congress and digitally signed by Pelosi.

In his testimony, Barnett acknowledged he behaved badly, but insisted he did not understand that Congress was certifying the electoral votes, and he claimed he did not realize he was in a restricted area, the Wall Street Journal reported.

In explaining the famous photograph, he told the jury: “That’s how I sit at my desk at home,” the newspaper reported.

Barnett, speaking outside the courthouse following the verdict, told reporters he did not get a fair trial because he did not have a jury of his "peers," according to video of his remarks from CBS News.

Asked what he meant by that, Barnett's lawyer said his client did not have a jury comprised of "people from Arkansas... or a jury that has a political composition of anything that's like the rest of the United States."