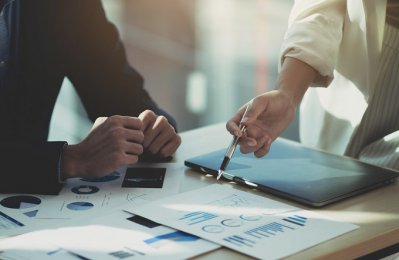 The value of announced M&A transactions with any Mena involvement reached $85.2 billion during 2022, 31% less than the value recorded in 2021, said Refinitiv, an LSEG (London Stock Exchange Group) business, in a new report.

Despite the decline in value, the number of deal announcements in the region increased 6% from last year to the highest full year total since our records began in 1980, according to the Middle East and North Africa investment banking analysis for 2022.

Deals involving a Mena target totalled $49.3 billion during 2022, down 42% from last year and a four-year low.

The number of deals increased 1% from last year and marked the highest full year deal count of all time.  Inbound deals involving a non-Mena acquiror declined 77% from last year’s all-time record to $13.4 billion, while domestic deals increased 28% in value to $36.0 billion. Mena outbound M&A totalled $31.9 billion, up 6% compared to the value recorded during 2021 and a seven-year high.

The industrials sector was most active, with deals targeting industrial companies accounting for 23% of Mena target M&A during 2022, followed by the financial sector with 22%. The United Arab Emirates was the most targeted nation, followed by Saudi Arabia and Egypt.

Equity capital markets
Mena equity and equity-related issuance totalled $23.4 billion during 2022, the highest annual total since 2019.  Proceeds raised by companies in the region increased 59% compared to 2021, while the number of issues increased 55%. Initial public offerings accounted for 87% of activity, while follow-on issuance accounted for 13%.

A total of 50 initial public offerings were recorded during 2022, more than double the number recorded a year earlier and the highest level since 2007.  They raised a combined $20.3 billion, setting an annual record in the region.  Dubai Electricity & Water Authority raised $6.1 billion in its stock market debut in April.  The state utility’s initial public offering is the 3rd largest IPO globally so far this year and the second largest Mena IPO of all time.

The energy & power sector was most active, with issuers raising $9.0 billion accounting for 39% of total equity capital raisings in the region.  The retail and materials sectors followed, accounting for 17% and 12%, respectively. HSBC took first place in the Mena ECM underwriting league table during 2022 with an 18.6% market share, followed by Saudi National Bank SJSC

Debt capital markets
Mena debt issuance totalled $37.3 billion during 2022, down 65% from the value recorded during 2021 and the lowest full year total since 2011.  The number of issues declined 41% from last year.  After just $3.4 billion was raised during the third quarter of 2022, the final three months of 2022 saw issuers in the region raise $15.6 billion, the highest quarterly total in six quarters.

Sukuk account for one-third of total bond proceeds raised in the region during 2022, compared to one quarter in 2021. HSBC took the top spot in the Mena bond bookrunner ranking during 2022, with $5.7 billion of related proceeds, or a 15% market share. HSBC also ranks first in the 2022 Mena Islamic bonds league table.

Advisory fees earned from completed M&A transactions in the region reached $509.6 million, a 35% increase from last year and the highest annual total since our records began in 2000.  Equity capital markets underwriting fees also recorded an all-time high, increasing 31% year-on-year to reach $450.0 million during 2022.

Syndicated lending fees declined 3% to a three-year low of $521.2 million, while debt capital markets fees declined 54% to $124.9 million, the lowest full year total since 2015. Mena fees account for 1.5% of investment banking fees earned globally during 2022, the highest share since 2008.  Thirty-eight percent of all Mena fees were generated in Saudi Arabia during 2022, followed by the United Arab Emirates (35%). HSBC Holdings Plc earned the most investment banking fees in the region during 2022, a total of $120.3 million or a 7.5% share of the total fee pool. – TradeArabia News Service