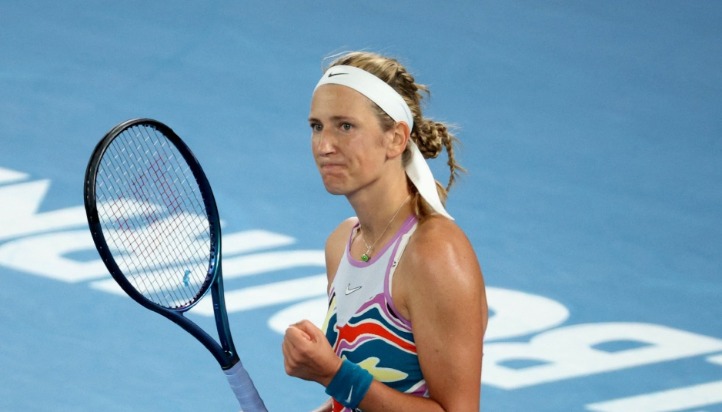 Belarus's Victoria Azarenka celebrates winning her quarter final match against Jessica Pegula of the US in Melbourne, Australia, on January 24 2023. Picture: LOREN ELLIOTT/REUTERS

Victoria Azarenka showed glimpses of the form that took her to the 2012 and 2013 Australian Open titles with a vintage display to reach the semi-finals yesterday, before Stefanos Tsitsipas continued his march towards a maiden Grand Slam title.

Having been beaten in the opening round by Jessica Pegula two years ago, Azarenka gained revenge by dismantling the in-form American third seed 6-4 6-1 to reach the semi-finals at Melbourne Park for the first time in a decade.

Rybakina also booked her place in the semi-finals for the first time, the Kazakh 22nd seed beating Jelena Ostapenko 6-2 6-4 in a match that was played under the roof after a rain shower halted play.