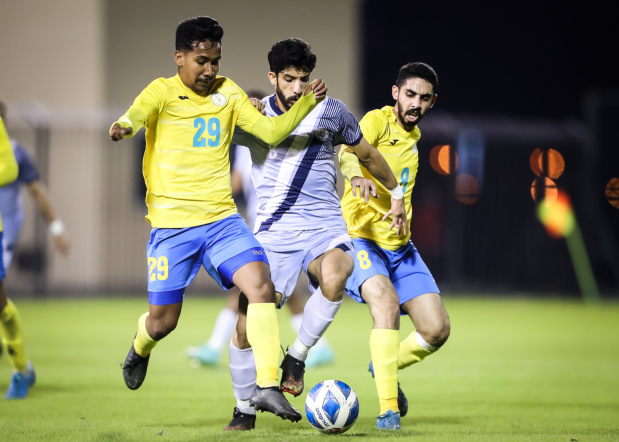 Galali secured a commanding 3-0 victory over Al Tadhamun in a ninth-round match of the Bahrain Second Division Football League yesterday.

Ahmed, Mohamed Gamal and Adriano scored in the first half to help Galali surge to the sixth position in the standings with 12 points.

In another ninth-round match yesterday, Al Ettihad were held to a 1-1 draw by Busaiteen. Gabriel Monteiro scored in the 50th minute to take Al Ettihad ahead, but Busaiteen stuck back in the 80th minute through Fabio to draw level.

Meanwhile, in the third match of the day, Malkiya and Isa Town played out a 2-2 draw. Goals by Immanuel Joseph and Casey gave Isa Town a 2-0 lead at half-time, but Malkiya staged a comeback through Mahmood Yasser and Hamad Fouad who scored in the final minutes of the match.

In the ninth-round matches played on Tuesday, Al Najma defeated Al Ettifaq 2-0 with the help of goals by Abdulla Saif Al Dosseri and Javier Andres. In other matches on Tuesday, a 55th-minute goal by Faisal helped A’ali edge Etihad Al Reef 1-0 while Ebenezer struck twice as Buri eased past Um Al Hassam 2-0.

Al Najma lead the standings after the ninth round with 23 points, three clear of second-placed Busaiteen while Malkiya occupy the third position with 14 points.