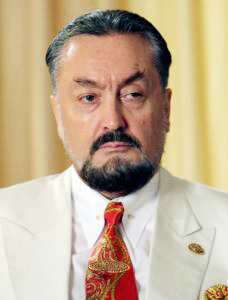 As Europe was fighting its way through the darkness of the Middle Ages, the Islamic world thrived and flourished in an amazing golden age. The world’s best in science, art and culture raced to study at the Baghdad’s House of Wisdom to make advances in science and build on the past achievements of ancient civilisations.

From Andalus to Baghdad, and from Istanbul to Damascus, the Islamic world bloomed as science, art, culture and architecture witnessed a definitive explosion in this part of the world. The developments were so great that many inventions, technologies and products created in those days not only helped shape the modern world, but are still in use today. Hospitals, universities, surgery, various musical instruments, coffee, algebra, optics and three-course meals are only a few of the gifts from that era.

As magnificent cities rose with majestic architecture and art, the Islamic geography became the centre of the world, with an enchanting beauty, charm, culture, civilisation and cleanliness.

Needless to say, in such a vibrant life and culture, Ramadan was a very celebrated time that everyone looked forward to.

Especially in big cities like Baghdad, the exhilaration built up months before the holy month. Streets and marketplaces, always extremely lively throughout the year, exploded with life and trade. Merchants competing with each other to sell their merchandise, ladies roaming the markets for delicious food and desserts for the best iftar meals possible, were a daily part of life in the old Islamic world.

In Istanbul, inhabitants would literally live at night. Businesses would be closed until the afternoon and open only to work until the evening.

It was very important that the rich hosted large iftar dinners for their neighbourhood. Wooden spoons were made with names of Quranic surahs inscribed on them and the guests would be given these randomly to effectively prevent any separation between the poor and the rich. The feasts would be huge, accommodating very large groups of people and started with appetisers that mainly consisted of vegetable dishes cooked in olive oil.

Later, they were followed by the main course, usually whole roasted lambs, with rice cooked in copious amount of butter, served with delicious homemade bread, and various syrups. As the dinners came to a close, the guests would be offered small bags of golden coins dubbed as ‘teeth rent’.

As the iftar finished, almost everyone capable of praying would pour into Hagia Sophia to pray. According to some accounts, there would be nights when 100,000 people performed the Tarawih prayer all together. As the suhoor time drew close, the worshippers would gather once again at tables to get ready for the next day’s fasting.

Today, although Ramadan is still as beautiful and lively, these celebrations are regrettably marred by the horrible scenes we now see unfolding in the Islamic world. Therefore, in this holy month of Ramadan, let’s take this opportunity to ponder over our mistakes and start an individual cleansing of our own hearts to start combating the dangerous radicalism that is plaguing our beautiful Islamic world. Only then will we be able to go back to Age of Bliss of our beloved Prophet, when Islam was free of radical tendencies, sectarian conflicts and superstitious beliefs.

The writer has authored more than 300 books translated in 73 languages on politics, religion and science. He may be followed at @Harun_Yahya and www.harunyahya.com