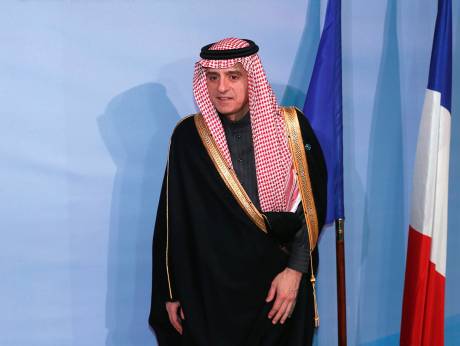 “When we look at the Trump administration’s view as articulated — wanting to restore America’s role in the world — we welcome this,” Al Jubeir told a group of reporters during a visit to Paris.

“Wanting to defeat Daesh, absolutely. Wanting to contain Iran and prevent it from causing mischief through its negative policies in the region, absolutely, we have been calling for this for years,” he said.

“We look forward to working with them (Trump’s team) in all the areas that are of interest or concern to both of us,” he said.