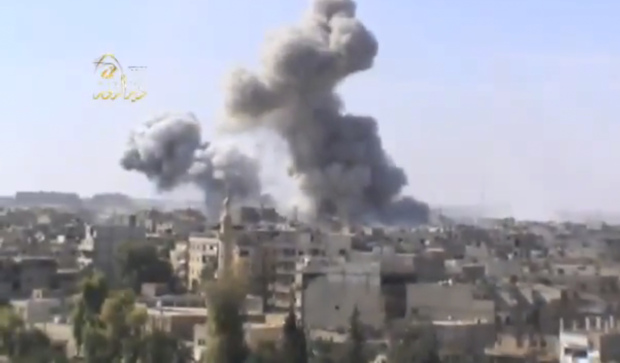 This file image taken from video shows smoke rising from the city following heavy bombing from military warplanes, in Deir el-Zour's Jbeileh neighbourhood, 450km northeast of Damascus Syria. Syrian government and allied troops have inserted themselves into the battle against Islamic State militants by capturing key areas on the flanks of the coalition-led battle to seize Raqqa. (AP Photo)

Canberra: Australia's defence chief says Australian F/A-18F Super Hornets will soon resume airstrikes against Islamic State targets in Syria after operations were suspended as precaution because a US fighter jet shot down a Syrian warplane earlier this week.

Australian Defence Force chief Mark Binskin says the six Australian warplanes suspended operations in Syria while the Australians examined what was happening in what he had described as a "complex piece of airspace" over Syria.

He told reporters in the Australian capital Canberra: "It won't be long before you start to see the operations again."

Binskin says the warplanes had been occupied recently supporting Iraqi security forces in retaking the city of Mosul.