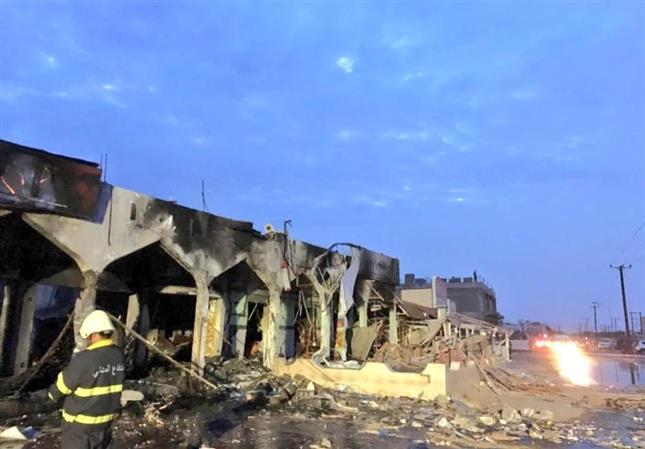 A huge fire gutted a shopping centre in Wilayat Bidiyah in Oman early this morning.

The blaze broke out in a shop due to a gas blast, and then spread to several other neighbouring outlets in the centre.

An Asian expatriate sustained moderate injuries in the fire and was taken to the hospital for treatment, said the Public Authority for Civil Defence and Ambulance.

The PACDA units put out the fire which lead to massive losses in the building.