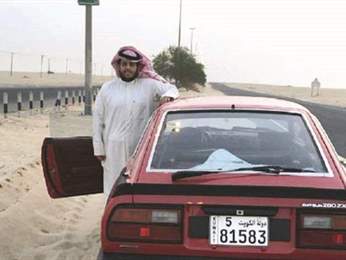 Kuwait City: A Kuwaiti national will stand trial in Iran on October 22 for entering a prohibited military zone.

Faleh Jumaan Al-Azmihas has been detained in Iran since September 26 pending investigation after entering an Iranian military base on the borders with Turkey by mistake.

The Kuwaiti foreign ministry is stepping up efforts with Tehran authorities to secure the release of Al-Azmi, who is being detained at an Iranian military base.

Al-Azmi, a twenty-four-year-old traveller, has so far visited more than thirty countries in the world.