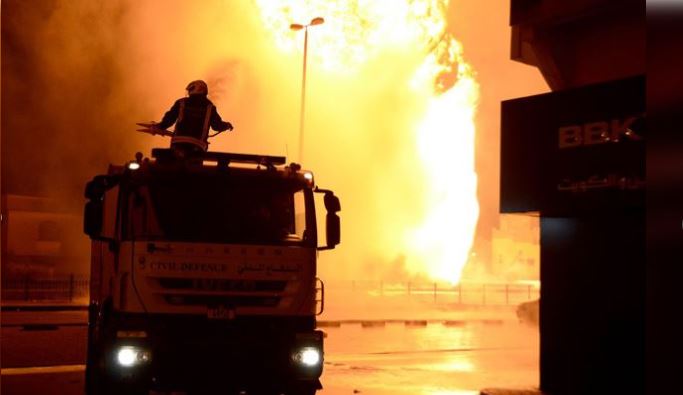 Kuwait strongly condemned the terrorist bombing of an oil pipeline in Bahrain.

Kuwait strongly condemned the terrorist bombing of an oil pipeline in Bahrain, extending complete solidarity with Manama against this heinous act.

A Foreign Ministry official source voiced Kuwait’s rejection of terrorist acts which aim at undermining the security and stability of the Kingdom of Bahrain, as well as terrorizing civilians.

“The bombing of the oil pipeline in the village of Buri would only increase the determination of Bahrain to confront whoever wanted to undermine its security and stability”, the source said in a statement.

The statement expressed support to all measures taken by Bahrain to preserve national security and stability, urging international efforts to root out the scourge of terrorism.