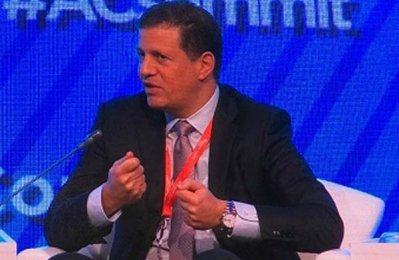 All signs point to Asia leading the gas demand and continuing this upward trajectory for at least the next decade, Majid Jafar, CEO of Crescent Petroleum, the Middle East’s oldest private oil and gas company.
Natural gas is still showing strong signs of becoming the world’s second most important source of energy over the next decade, according to Jafar.
Examples of this trend are seen in both India and South Korea. India’s Prime Minister Narendra Modi, whose medium-term goal for gas is a rise from 6.5 percent to 15 percent, has consulted industry CEOs on how to increase the role of gas in India. In a break from previous administrations, South Korea’s new policy of phasing out coal and nuclear power in favour of more costly natural gas means it could see gas rise from 18 percent to 37 percent of the power mix by 2030.
Jafar said: “Not only is the Middle East the source of 42.5 per cent of the world’s proven gas reserves, but it is also becoming a key consumer with the fastest growth in the region in both oil (3.4 percent CAGR) and gas (5.6 percent CAGR) demand over the last 10 years.”
Jafar, who is also managing director of the board of Dana Gas, a leading publicly listed natural gas company in the Middle East, added: “Prosperity of the region depends on managing geopolitical risks, efficiently delivering the energy needs of the region, and maximising recovery of resources, all of which require good policy and a thriving private sector.”
When asked about oil, Jafar said: “Oil markets are showing signs of recovery as 2018 has already seen prices of $68. The drastic cut in upstream investment over the last three years has sowed the seed for a potentially significant price spike.”
Jafar is one of the featured speakers at the second Atlantic Council Global Energy Forum in Abu Dhabi, a premier international gathering of government, industry, and thought leaders to set the global energy agenda for the year and anticipate and respond to the dramatic changes in the world of energy.
The Atlantic Council Global Energy Forum in Abu Dhabi is scheduled for two days, beginning on January 12 and will be attended by energy ministers from across the region including from UAE, Iraq, Bahrain, Sudan. The Secretary-General of Opec and the Director-General of Irena will also be there.
During the panel discussion, “2018 Energy Market Trajectories – A View from the Top”, CEOs from major global energy firms, including Jafar, will shed light on the year in energy to come, offering insight into major market developments to follow, and guidance on how to interpret them.
In addition to Jafar other panel participants are: Ayman Asfari, Chief Executive Officer, Petrofac; Claudio Descalzi, Chief Executive Officer, Eni; Meg Gentle, Chief Executive Officer, Tellurian; Hunter L. Hunt, Chairman and CEO, Hunt Consolidated Energy; and Younghoon David Kim, Chairman and CEO, Daesung Group and chair, World Energy Council. – TradeArabia News Service