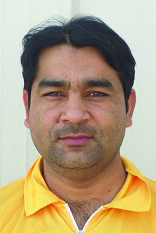 DHL defeated RUCT by a massive 193 runs in the HBL Corporate league organised by CBA.

In reply RUCT were all out for 73 runs.

Srilanka Club Avengers defeated RCB by seven wickets in another match. Batting first, RCB were all out for 40. Aravinda D claimed four wickets for Srilnaka Club.