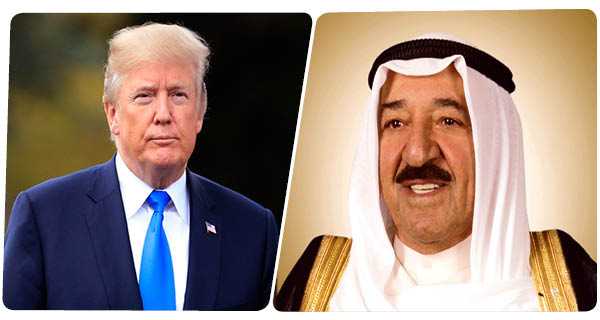 The White House said that President Trump had congratulated Shaikh Sabah on his country’s seat as non-permanent member of the UN Security Council.

He hailed the Kuwaiti leader’s efforts to maintain the unity of the Gulf Co-operation Council (GCC).

According to the White House statement, the Kuwaiti leader updated President Trump on developments of the GCC crisis. The two sides stressed the importance of maintaining GCC unity to confront regional threats.