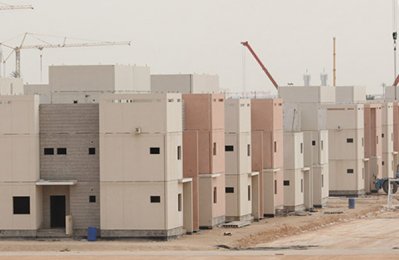 Salini Impregilo, a specialist in the construction and civil engineering business, has won a major housing project contract from Saudi Arabia National Guard.

The project comprises housing and urban planning on a large scale with the construction of 6,000 villas in an area covering 7-million sq m to the east of Riyadh, said the company in a statement.

It will have a main road running more than 160 km long with secondary routes and related services, a sewage treatment plant and waters above and below ground. The contract is expected to be completed in five years.

This contract strengthens Salini Impregilo's role in the building and transport sectors of Saudi Arabia, which is seen investing $88 billion in infrastructure in the next five years, it stated.

The Italian group which has a major presence in the Middle East region, is a key player in the prime markets of Saudi Arabia, the UAE and Oman.

Salini Impregilo is one among the foreign infrastructure groups with the biggest portfolio of contracts by value for large, complex projects in the region, said the company in a statement.

At the global level, the group has been a leader for the past five years in the water sector and one of the leaders in the transport sector, it added.-TradeArabia News Service