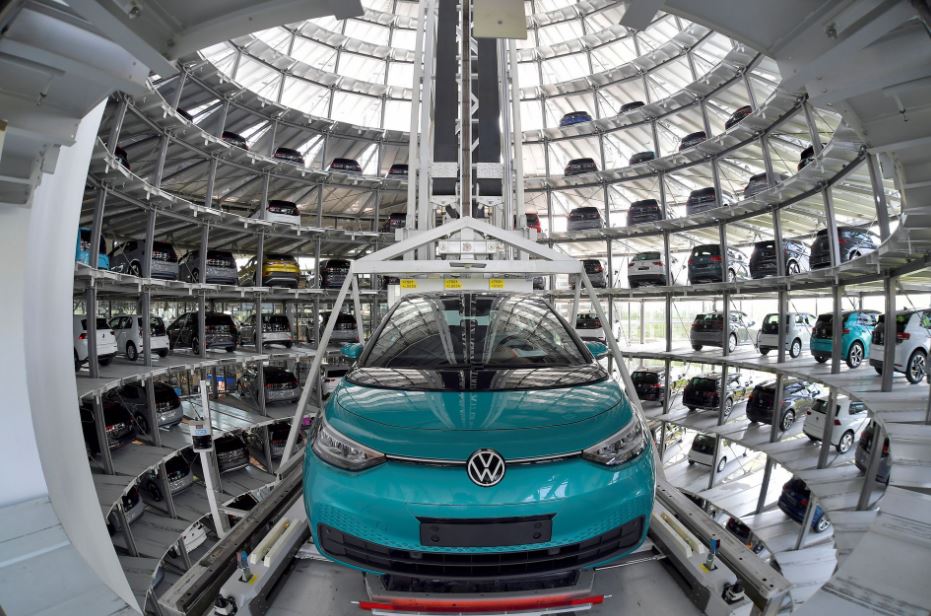 Frakfurt: Volkswagen's first-half operating profit is expected to reach around 11 billion euros ($13 billion), it said on Friday, topping pre-pandemic levels on strong demand in Europe and the United States, particularly for Porsches and Audis.

In the same period last year, Volkswagen posted an operating loss of 1.49 billion euros, hit by the coronavirus crisis, while it made a profit of around 9 billion in the first half of 2019.

Volkswagen's shares rose as much as 5.8% to the top of Germany's blue-chip DAX index.

Volkswagen, Europe's largest carmaker, said it now expected the main impact of the shortage, which has also hit rivals, to occur in the second half of the year.

The group said first-half reported automotive net cash flow was expected to reach around 10 billion euros, versus 5.57 billion in 2019 and a negative 4.8 billion last year.

Volkswagen, whose supervisory board is meeting to discuss a contract extension for Chief Executive Herbert Diess, is scheduled to publish full second-quarter results on July 29.