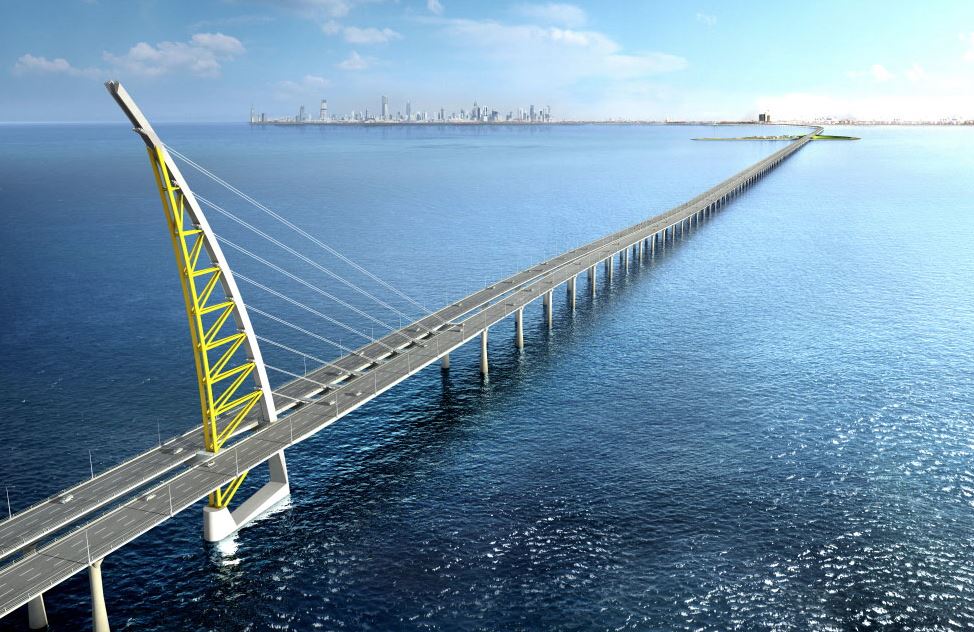 The Shaikh Jaber Al-Ahmad Al-Sabah causeway project (Doha Link) comprises the design and construction of a Causeway link across Sulaibikhat Bay between Shuwaikh Port in Kuwait City and Doha Peninsula, including the connection with the roads on the Doha Peninsula.

The mega infrastructure project, considered as one of the biggest infrastructure development schemes in Kuwait and the region, is expected to be inaugurated in December 2018.

The 7.2-kilometre main link consists of cable-stayed bridge with a massive arch pylon rising in the vital navigation route of Kuwait Bay leading to the Future Silk City.

The total length of the Doha Link is 12.4 km each direction.

It includes three lanes and one emergency lane in each direction connecting the Shuwaikh Port with the Doha motorway to meet the traffic demand for the next 30 years.