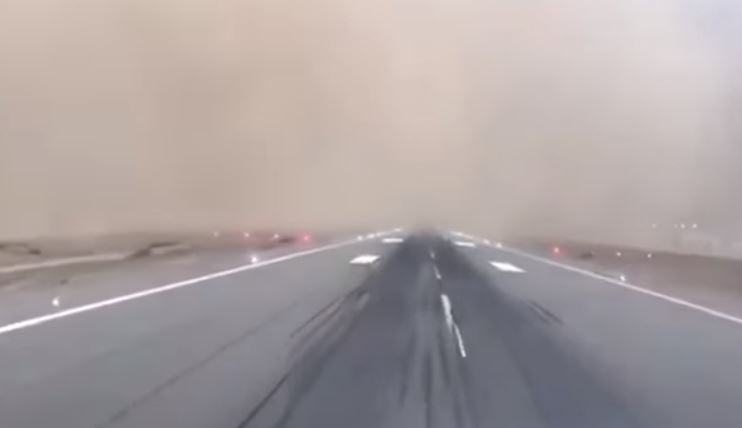 A passenger plane landed safely at Jazan International Airport as a huge sandstorm was engulfing the Saudi city, according to Akhbaar24.

A video showed the jet hitting the airport runway amid low vertical and horizontal visibility.

The pilot managed to land seconds before the sandstorm reached its climax.

Huge sandstorms have been hitting large parts of Saudi Arabia these days amid turbulent weather conditions.